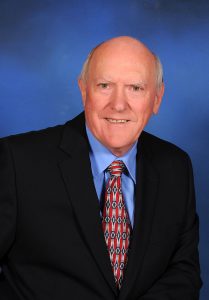 In his eighties now, Harold does less public speaking but a plethora of writing. His e-books are being published by Bookboon.com in Denmark. He has written 36 e-books to date, most of which have been translated into one or more other languages. He also self-published a book on “How to Grow Older without Growing Old.”

Harold has been speaking, writing, and conducting training programs on the topic of effective time management for over 45 years. He has written over 20 hardcover books, including a Canadian bestseller, Making Time Work for You, published simultaneously by General Publishing in Toronto and Beaufort Publishing in New York. He developed over fifty time management products that have sold in 38 countries around the world. His quarterly Time Management newsletter has been published for over thirty-five years and he has had over 250 articles accepted for publication in various newspapers and magazines.
.
A past director of the National Association of Productivity & Organizing Professionals, Harold received their Founder’s Award in 1999 for outstanding contributions to the organizing profession. He received the CSP (Certified Speaking Professional) designation in 1987 from the National Speakers Association. In 1998 the Canadian Association of Professional Speakers inducted him into the Canadian Speaking Hall of Fame. And in 2001, he received the Founder’s Award from the Professional Organizers in Canada. The award has since been renamed as the Harold Taylor Award in his honor.

Prior to his speaking career, Harold held management positions in the industry for twelve years and taught business subjects for eight years at Humber College in Toronto. He has been an entrepreneur for over fifty years, incorporating four companies during that time. Since 1981, when he incorporated the original time management company, he has presented over 2000 workshops, speeches, and keynotes on the topic of time and life management.