Are you a highly sensitive person? 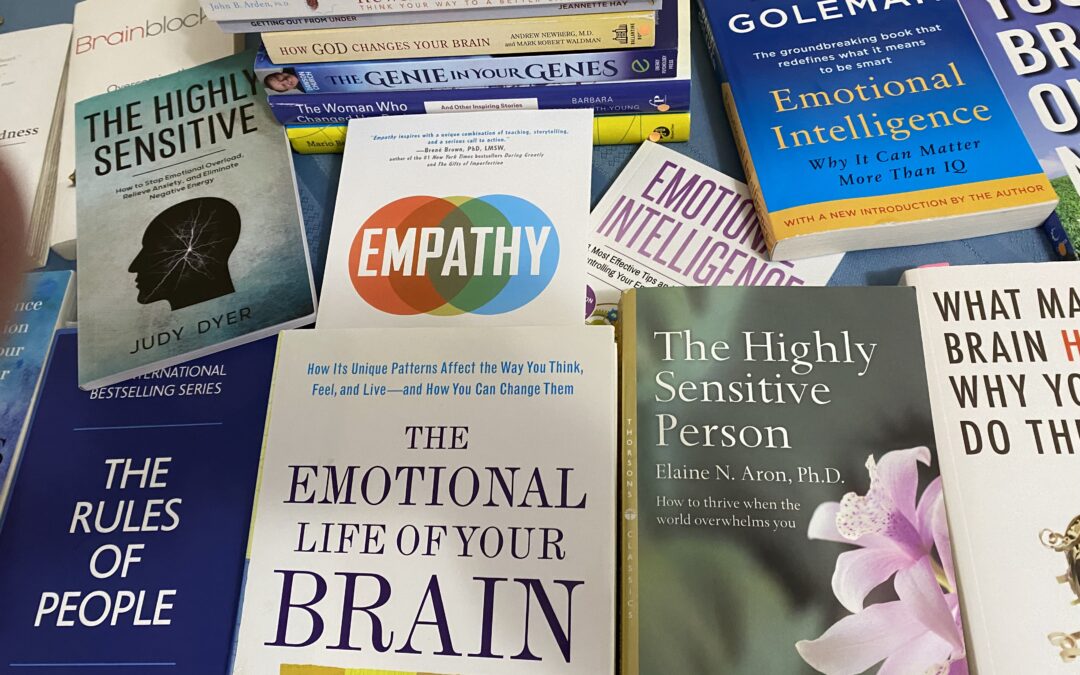 I had never considered being a “Highly Sensitive Person” (HSP) until one day several months ago, while talking to Clare Kumar, a certified executive coach. She suggested that I might be one. Until then, I had never heard of the term, although I knew I had a few sensitivity issues, and recognized my weakness in a few of the executive skills, those brain-based skills required to execute tasks, and especially the one called “Emotional Control.” I wrote blog articles on these skills many years ago, and an e-Book for Bookboon in 2016 called Strengthen Your Brain’s Executive Skills.

Frequently accused of being “too sensitive,” HSPs are more empathetic, compassionate, and openly emotional. They are more easily offended, and generally have difficulty accepting criticism. Many are shy and introverted, and easily rattled by time pressures. Being overwhelmed by sensory stimuli such as noisy crowds and bright lights is common and many feel the need for downtime. Traits do vary from one HSP to another, and it seems that the degree of sensitivity is on a continuum, as opposes to a “high” or “low” intensity.

Clare sent a couple of questionnaires to me that indicated I was indeed a highly sensitive person, or at least a mild form of one. I had successfully modified a couple of the traits that used to work against me, retaining those that helped me. And believe me, most traits of an HSP do help you. Especially in this time when “soft skills” are valued more highly. Clare recently formed a Happy Space Pod™ on Facebook- to help those professionals, entrepreneurs and others who recognize they are highly sensitive, empathetic, perceptive people but often find it exhausting. (Membership is free, and she already has over 400 members, so there must be a lot of HSPs out there.

Richard Templar, in his book, “The Rules of People,” explains that he includes highly sensitive people in his section on difficult people because, unless you’re highly sensitive yourself, it can be dificult coping with someone who is. He goes on to say that we need to learn to accommodate them. That’s a fact, because highly sensitive people (HSPs) represent 15 to 20% of the population, according to Elaine Aron, in her book, The Highly Sensitive Person. Templar is quick to point out that there are advantages to being highly sensitive. They are often the first ones to sense trouble brewing and can be the best diplomats because they are so highly attuned to not upsetting people. And although they may take the tiniest criticism to heart, others don’t need to use a sledgehammer to get their point across.

Personally, I view sensitivity as one of the desirable “soft skills” that help us to be more empathetic, intuitive, and creative. Frequently too much of a good thing is not a good thing, but I am convinced we can modify or change any traits that we feel could be detrimental to our success and happiness. The authors of the book, The Emotional Life of Your Brain, Davidson, and Begley, say that we have the power to alter the neural systems that underlie all dimensions of emotional style. And Dawson Church in his book, The Genie in your Genes, claims that genes contribute to our characteristics but do not determine them. To quote, “The tools of our consciousness, including our beliefs, prayers, thoughts, intentions, and faith, often correlate much more strongly with our health, longevity, and happiness than our genes do. The fact is, just as there’s more to our bodies than a sack of bones and flesh, there is more to our genes than just stored information.”

People who are highly sensitive make good managers if they can control the input as well as the output. Because of their empathy, HSPs can give feedback and constructive criticism in a way that is less offensive than managers who are less concerned for the feelings of others. On the input side, if they can control how they view criticism, as an example, and count it as valuable information on how they can improve and not as a personal attack, they can grow as effective leaders.

In recent years, it’s interesting to note how the business topics have changed in articles, books, and training programs. They have gone from “hard skills” to “soft skills.” For example, there are more requests for training in “people skills” and “relationships” than in “How to reduce rejects with statistical quality control,” or “Cutting costs with technology.” In fact, I detect a trend to even “softer” skills. The topic of my latest e-Book, “How to build trust and respect in the workplace,” was a request from the publisher. Future books I will be submitting will include, “How to love the job you hate,” and “The power of gratitude in the workplace,” and “How the ‘softer’ skills can improve productivity. (Working titles.) It is as though publishers and editors have realized that in today’s marketplace, virtues such as thankfulness, sensitivity, intuition, empathy, kindness and so on can make the difference between success and failure.

According to neurologists, our minds have a built-in tendency to first perceive an input as negative. And this includes all of us, not just highly sensitive people. So, if someone says something to us that could be taken two ways, guess which way it will be taken? As neurologist Rick Hanson so aptly observed, “Our minds are Velcro for negative information and Teflon for anything positive.”

Those of us who are highly sensitive, therefore, are prone to interpret even well-meaning criticism as a putdown. Simply being aware of this helps us to avoid overreacting and we can allow our more sensible executive function to take control. As Daniel Goleman says in his book, Emotional Intelligence, “the design of the brain means that we very often have little or no control over when we are swept by emotion, nor over what emotion it will be. But we can have some say in how long an emotion will last.”

We have the power to quickly gain control of our emotions. Joe Dispenza writes in his book, You are the Placebo: Making your Mind Matter, “Individuals can alter their genes during a single generation, according to the latest scientific thinking. While the process of genetic evolution can take thousands of years, a gene can successfully alter its expression through a behavior change or a novel experience within minutes, and then it may be passed on to the next generation.”

Elaine Aron, in her book, The Highly Sensitive Person, says, “The fact is there are probably no inherited traits that cannot be enhanced, decreased or entirely produced or eliminated by enough of certain kinds of life experiences.” She gives the negative example of stress in childhood, but there are positive influences as well.

I was an introvert in my younger years, with a low self-esteem and a bit of a loner. And I even interpreted advice as personal criticism. So, for someone who trembled at the thought of a teacher asking him a question or being called upon to thank a speaker at a dinner meeting as an adult, becoming a professional speaker and trainer indicates that we can all create our own destiny. So, I wish Clare success in her efforts to help sensitive people take advantage of their gifts and neutralize any traits that don’t serve them well.

All gifts must be opened and used, not hidden out of sight.