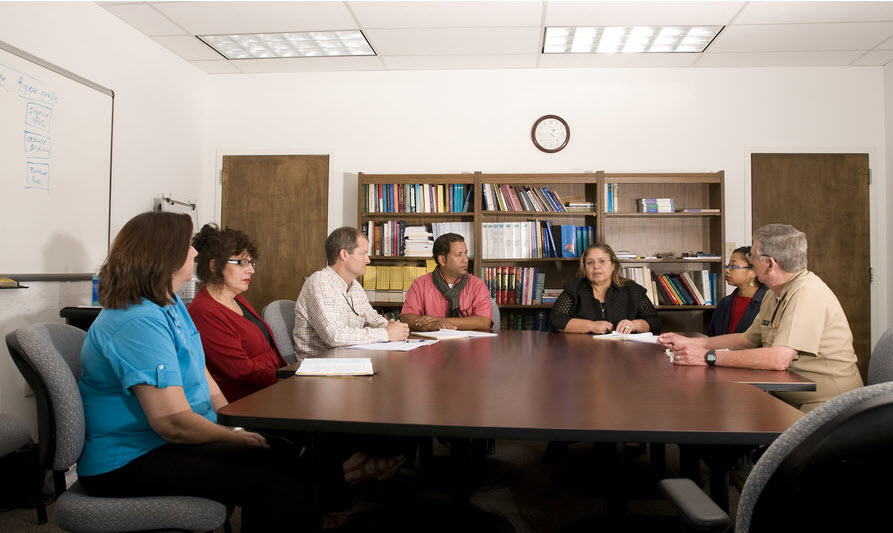 But why are meetings called time wasters?  You would think that a Monday morning meeting would foster a team approach where everyone is aware of how their work links with the work of others to achieve a common goal.  It would build synergy, spark motivation, and encourage creativity and cooperation among staff members and others.

But no, those same surveys tell us that meetings frequently kill productivity and creativity.  They lacked preparation, follow up, participation, and focus.  There are reports of small talk and gossip, late arrivals and early departures, daydreaming, side conversations and multitasking.  People have called meetings poorly organized, unnecessary, timewasting, unproductive, and pointless. In one survey 17% of the people said they would rather watch paint dry than attend meetings.

But consider this.  Statistics on the Cleverism.com website suggest that there are about 11,000,000 meetings held on average every single day, with the average middle level managers spending around 35% of their time in meetings.  And this amount of time can increase up to 50% for those higher up the corporate ladder.

Can you visualize what meetings are costing the businesses? Managers earning $100,000 or more a year, and spending 35% of that money in useless meetings? And just think of the lost opportunity costs! Imagine what those talented and skilled managers could create and earn for the company if they had another 35% of their time to work on these other profit-generating activities.

And Mondays are reserved for priority activities? If meetings are a necessity, but an energy-draining, inefficient, costly, time-wasting activity, what could be a greater priority than to make them productive?  Why wouldn’t it make sense for every organization to use part of that most productive day of the week called Monday, when employees are at their creative and cognitive peak, to have a meeting to determine how they could improve their meetings?

Just imagine the savings that any company could generate simply by making their meeting more productive. Even a small company with 8 people earning $50 per hour (including fringe benefits) attending a 1½ hour meeting twice a week, by reducing it to a weekly meeting of one hour with only 4 key people attending the meeting, could save $50,000 a year. And this could be accomplished simply by eliminating the time wasters and streamlining the meeting.

There are plenty of timewasters that can be eliminated. Some of the ones mentioned in the surveys, appear above. There are many others. Start on time, end on time, prioritize the items, have a timed agenda, issue reports in advance, have iPhones silenced, invite only those who contribute, summarize decisions, assign responsibilities, and so on. For an in-depth discussion on meetings, including suggestions for making them cost-effective, refer to my e-Book, Make your Meetings More Productive, published by Bookboon.