Don’t let your garage be a victim of overflow. 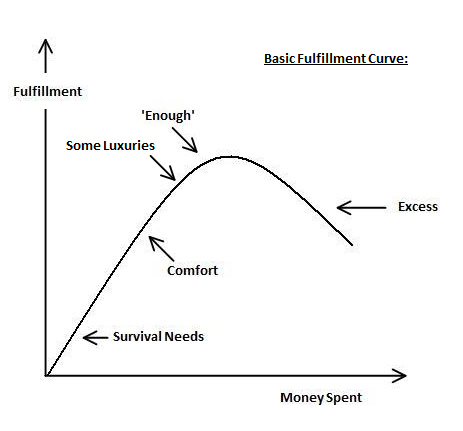 As car ownership increased in the early 1900s and repurposed carriage houses were no longer adequate to serve as garages, separate sheds began to appear, sans the smell of animals. These early garages, originally located not far from the houses, soon adjoined them, and eventually became an essential part of the homes.

In fact, an American Housing survey conducted some time ago showed that 80 percent of owned houses and condos in the U.S. had ether a garage or a carport, and a Health Canada study found that more than half of Canada’s single-family family homes had an attached garage.

Today, over 82 million homes in America include a garage, according to a posted blog article, “A Brief History of American Garages,” by Blue Sky Builders. Over 79 percent of homes have at least a single car garage and 17 percent of recently built homes have three-car garages. And according to a Braun Research survey, 90% of realtors believe anyone buying a home wants their garage to provide more functionality than just parking vehicles.

And no wonder. In many cases the family car never sees the inside of the garage. A Wall Street Journal survey of 900 homeowners found that only 70% of their garage space allows for parking. A “Garage Living” survey of 1500 North American homeowners revealed that of the 1500 responding, 20 percent of them were unable to park in their garages.

Although there may be a few other reasons, such a decision to repurpose the garage as business space, the main reason the car is parked in the driveway is that all or part of the garage in used for storage. After all, it is so convenient. A Chamberlain Group study indicated that 55 percent of homeowners use their garage as their house’s main entryway. Stuff can be moved unobtrusively from house to garage.

There are many studies on clutter and disorganization, including several in a blog article, “35 Surprising Home Garage Stats You Might Not Know,” the source of some of the statistics used here. And a cluttered and disorganized garage is part of the problem. But the main source of the problem is inside the home itself. The garage is simply the victim of overflow.

Jerry Seinfeld once did at parody on “stuff.”  He said as stuff enters our homes it begins a transformation.  It begins as a prized possession, prominently displayed, and later moved to a shelf or into a cupboard, then stuffed out of sight in a closet, and finally is thrown into a box in the garage and held there until it becomes garbage.  He pointed out that that the words “garage” and “garbage” even sound alike and must be related.  And pretty much everything that enters the first, becomes the second.

Seinfeld’s claim is not so farfetched. Annie Leonard, in her book, The Story of Stuff, says that waste is defined by where something is, not what it is.  It is about context, not content.  She used an illustration whenever speaking to kids at a school. She would hold up an empty soda can and ask them what it was.  “It’s a can,” they always yelled out.  She would then hold up a little trash bin and ask, “What is this?”  And they would answer, “That’s trash.”  Inside the trash bin was another empty soda can, which she would remove and set next to the other can.  “What about now?”  “It’s a can,” they would reply. There was no difference between the two cans, except for the location.

In the same way, the value of stuff is reduced when it is put into a carton in the garage.  But it frequently gets even further devalued, since 9% of Americans rent storage space, even though most of them have a garage.  Stuff overflows from garages as well. According to the Self Storage Association, in 2020 the number of households renting self storage units increased to an all time high of nearly 13.5 million, an increase of about 3.5 million more households than in 2005.

To prevent overflow from home to garage to public storage, we must first go the real source – the purchase of stuff in the first place. In my eBook, Internal Time Management, published by Bookboon.com, I mentioned how we complicate our lives with all the stuff we buy and accumulate. I referred to the book, Your Money or Your Life by Joe Dominguez and Vicki Robin in which the Fulfillment Curve appeared. This curve plots money or possessions or “stuff” along the x-axis, (horizontal axis), and fulfillment or happiness along the y-axis (vertical axis). See the accompanying illustration. The more money or possessions that you have, the greater the degree of fulfillment – up to a point. After fulfillment goes through the survival stage, comforts stage and luxuries stage, the curve levels off at the point marked “enough.” As you start accumulating more luxuries after the “enough” stage, your degree of fulfillment starts decreasing. In other words, once you have achieved what the authors refer to as “enough,” acquiring more simply makes you unhappier.

People spend their precious non-renewable resource, time, acquiring more money and possessions, only to discover that the possessions do little to further their enjoyment of life. In fact, possessions consume even more of this non-renewable resource. Not only does it take time to earn enough money to buy this stuff, but it also takes time to shop for it, learn how to operate it, maintain it in good working condition, repair it, upgrade it, insure it, and use it, and to eventually move it to the garage.

And if overflow from there forces us to rent public storage, we must sign a contract, pay rent, buy a lock, take trips back and forth to check on it or add to it, and so on.

It is not surprising that the more we acquire beyond a certain point, the unhappier we get. We are afraid of losing it, breaking it, or having it stolen. We frequently must make payments on it, acquire more space to accommodate it, and worry about keeping the neighborhood kids or the family dog away from it. There also comes a time when we must figure out how to get rid of it.

The more stuff we have, the greater the responsibility we have and the more opportunity there is for worry, anxiety, and stress. It also complicates our life, causes clutter, and distracts us from our life purpose. This complexity can extend to our business as well. We can have too much inventory, too many receivables, too broad a range of products, too many styles, types, channels of distribution and so on. The years produce clutter and complexity that hinder goal achievement and profits.

Simplification is a key strategy if you want to balance your life and prevent yourself from being swallowed up by possessions. This is discussed in my e-book, How to Keep your Life in Balance, also published by Bookboon.com. If you want a description of my various e-books, check them out at my website.