How are you doing with your New Year’s resolutions? 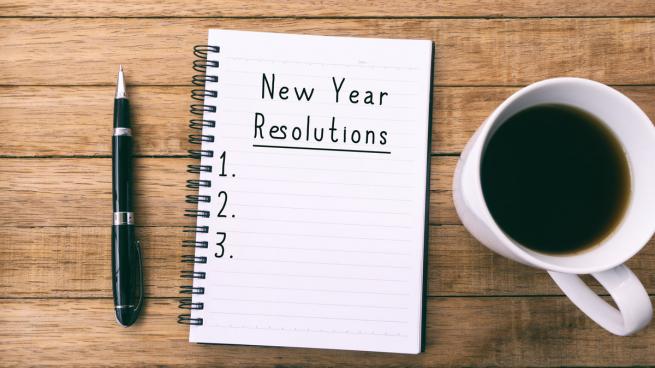 When making New Year’s resolutions, it’s easy to get caught up in the emotion of the moment and make ourselves a lot of promises that we are not committed to keeping. We really haven’t thought through the sacrifices or effort that might be required.

People who make New Year’sresolutions are frequently those who are the least motivated to follow through with their plans. They have already procrastinated by delaying any attempt at starting until the New Year. If they were really committed to lose weight or stop smoking or write a book or save money or whatever, they would have started when they made the decision to do so. There’s nothing magical about New Year’s or any other date. And yet now that we’re well into the New Year, already there are people telling themselves, “Next year, I will…”

John Mallory, of John Mallory Fitness, quoted in the January 6, 2020 issue of Telegraph Journal, seems to agree. He claims he’s not a big new year’s resolution guy, and believes that if you really want something, you start now, “one mountain at a time.”

M.J. Ryan, in her book “This Year I Will,” agrees that you really have to want to change. The
motivation comes first and then the self-discipline. David Niven, author of The 100 Simple Secrets of Successful People claims that people who construct their goals in concrete terms are 50% more likely to feel confident that they will attain their goals and 32% more likely to feel in control of their lives. So motivation and the way you go about setting goals go hand in hand.

One thing that make New Year’s resolutions difficult to achieve is that they are simply weak attempts at goal setting. They are seldom reduced to writing, and seldom have a deadline date. A goal without a deadline is like a check without a signature. If you are going to write a book, or clean the basement or lose ten pounds or save $5000, there must be a time frame added as well as an attempt to make goals realistic, specific and measurable. New Year’s resolutions have an exceptionally high failure rate because most of them lack the characteristics
of effective goals.

Joy Browne, writing in Parade, urged us to avoid New Year’s – type resolutions. She claims people should set personal goals according to their own internal timetable and stay clear of the type of goals traditionally made at the start of the year. She further states that those
recurring unmet goals such as “lose weight” or “stop smoking” focus exclusively on the negative.

I find that an essential ingredient of goal-achievement is self-discipline. Self-discipline is continuing to do something whether we feel like it or not. It goes against our natural tendency, which is to take the path of least resistance. Our natural inclination is to seek pleasure and avoid pain, and working towards goals can sometimes be quite unpleasant. Especially if we have a goal to lose weight or exercise or complete some arduous task.

Self-discipline, self-control, willpower (or whatever you wish to call it) is foundational to self-management and goal achievement. For information on how to strengthen this brain-based skill of self-control, check out the series of blog articles that were posted