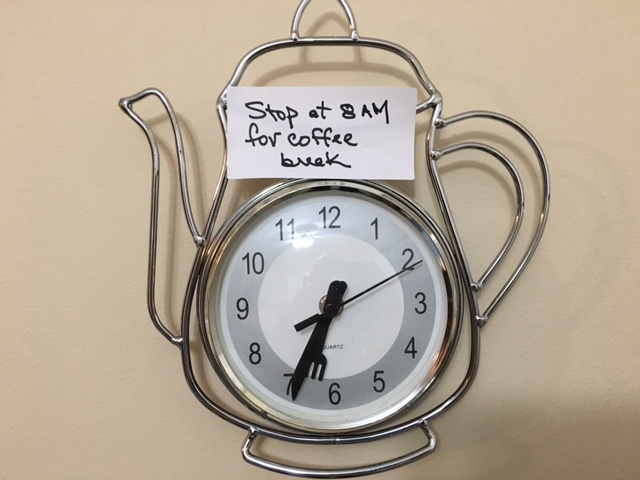 It is rewarding to read that more and more people are agreeing with my selection of 90-minute blocks of time to concentrate on priority activities. They may not all agree with the 90 minutes, but they have discovered that focusing for a shorter time frame to the exclusion of everything else magnifies their results. I will not repeat all my reasons for selecting 90 minutes here, because I have been posting them in my books and articles since the late 80s. But here are a few of the comments from other authors, which reinforce the principle of a briefer work sessions.

Brandon D. Crowe, in his 2020 book, Every day matters, uses “the rule of three,” which states that each day you should focus on the three things that matter most. He indicates that he does other things as well, but not at the expense of those selected priorities. If he worked on the three projects for 90 minutes, he would spend 4½ hours, leaving about 3½ hours for everything else that must be attended to that day, including rest periods, email, and so on. He says he schedules those three projects using a paper planner, as I do. He uses the example of three priorities he might schedule: “writing 500 words in the draft of a book, outlining one lecture in a semester-long course, and identifying two options for possible vacation dates.”

Back in 2009, Randy Carlson, in The power of one thing, encouraged his readers to be more intentional by focusing on one thing at a time to achieve their goals. And in his 2020 book, Master of one, Jordan Raynor provides over a dozen examples of people who chose to focus on only one thing and excelled in that specific area.

In his 2013 book, The one thing, Gary Keller feels that the most productive people are those who designed their day around doing the one most important thing. He recommends blocking off 4 hours a day minimum to work on the one most important   thing. He mentioned that Stephen King, author of over 60 novels dedicates mornings to work on his current novel, and spends afternoons on everything else, including naps. I might work longer than 90 minutes on occasion if I am on a roll and I am not interfering with time allotted to another important item, or if that ongoing task is urgent as well. But I cannot maintain my maximum energy level and creativity for more than 90 minutes at a time. But that is me. Keller asks the question, is King able to do this because he is Stephen King, or is he Stephen King because he does this?

I assume Keller is expecting the reply to be, “He’s a successful author because each day he works for four hours steady on his one major project.” But successful writers all have their own routines, which is whatever works best for them. And professional writers who earn their living from writing do not have the variety of priorities that managers in business must juggle. The important thing is to have a consistent routine. A successful routine always involves complete focus on one thing for a specific amount of time, followed by a break or change of pace that involves a different part of the brain. Stephen King, in his book, On writing, said he has a goal of 2000 words a day, which amounts to 18,000 words over a 3-month span. Enough for a book. And he sometimes reaches that daily goal long before the 4 hours are up. King also mentions Anthony Trollope, author of several long novels. He was a Clerk in the British Postal Department. He wrote for 2½ hours every morning before leaving for work. If the 2½ hours were up while he was in mid-sentence, he still stopped writing. (That’s actually a good idea for anyone since it would be easier to pick up where he left off.)

Fab Giovanetti, in her 2021 book, Reclaim your time, believes one hour of complete focus time is the answer to a world of endless distractions. She claims that when you are in your focus hour, you can enter what Mihaly Csikszentmihalyi calls a “flow state” in which people are so involved in an activity that nothing else seems to matter.

Whether successful people choose one hour, 90 minutes, or longer spans of time, they all agree that it must be without distractions. There is no such thing as intense focus, or “flow state” if you are available to interruptions. This means no unsilenced smartphone, and visible “To Do” list, and no disorganized working environment. Multitasking of any kind is a no-no.

If you have trouble resisting the multitasking habit, you might refer to my 2021 e-book, Monotasking: The new time management strategy, recently published by Bookboom,.