Taking control of a situation nullifies the stress 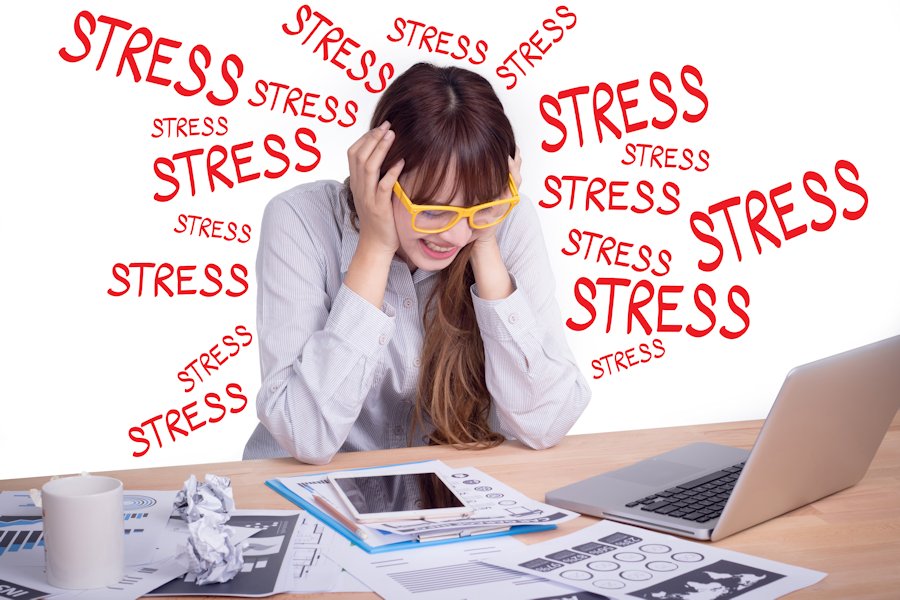 If you work in a stressful environment, chronic stress can affect more than your health. It can reduce your performance, weaken your willpower, curtail your memory, impede good decision-making, interfere with sleep, and lead to burnout.

Most managers recognize stress even though they may not be able to describe it easily. It normally precipitates emotional discomfort, a feeling that not all is well, helplessness, a fear of not being able to cope. It could include loss of appetite, insomnia, sweating, ulcers or other illnesses. It is brought on by the “fight or flight response”, which prepares us to face some conflict or flee some danger. The body is prepared for some physical activity, but the activity never comes because most of today’s situations call for behavioral adjustments, not physical activity. Consequently our body’s systems are thrown out of balance.

The “fight or flight” response could be elicited when you are humiliated by the boss or discredited by a co-worker. The body’s responses prepare you for “fight” but instead you sit there and stew – your hands clenched, face flushed, stomach muscles tightened. The “fight” response might have been to jump out of your chair, grab the antagonist by the collar, and toss him aside while you storm out of the office. Because action dissipates the adrenalin that is by now racing through your bloodstream.

A similar reaction could take place when confronted by dozens of little tasks all due at the same time. Urgency, combined with a predisposition to Type A behavior, can become a health threatening experience. Medical and psychological problems caused by stress have become a major health problem. One standard medical text claims that 50% to 80% of all diseases have their origins in stress.

Avoiding, releasing or being able to manage stress is important. You should re-examine your workload. Simplify if possible. Delegate and outsource. Pace yourself. Too much exertion without breaks taxes the executive skills, including working memory. In fact, studies have shown that people who exert themselves mentally, such as resisting the temptation to eat chocolate or whatever, gave up on problems sooner when presented with them immediately afterwards.

Your attitude can help tame stress. According to research conducted by Suzanne C. Kobasa, a graduate student at the University of Chicago, attitudes towards stressful events are more important than the events themselves. A study of 670 male managers revealed that the high-stress low-illness group was high in all three attitudes, as measured by personality tests. A second study, which followed 259 executives over a two-year period, gave the same results. People whose attitudes were high in control, commitment, and challenge, were healthier at the start and remained healthier than their peers.

Don’t take yourself too seriously. Laugher reduces stress hormones such as cortisol and adrenaline, aids immunity, changes mood for the better, helps you think and improves memory. Sandra Kornblatt, in her book A better brain at any age, also gave an account of how humor during instruction led to increased test scores.

When you feel stressed, you do not have to immediately start deep breathing or meditating. You merely must take control of the situation. This involves looking at the stressful situation objectively and determining how critical it really is. For instance, if you can’t find the agenda you received for the morning’s meeting, is it really going to matter? You could probably share a copy with someone else or even take a quick snapshot of someone else’s copy with your smartphone. Once you know that you can deal with the situation, and you calm down, it’s amazing how often you will then remember where you placed the original agenda in question.

That sudden feeling of panic when you can’t remember something or feel unprepared for a presentation or think you may be late for an appointment cannot be prevented. It’s a product of your automatic nervous system, which regulates the release of adrenaline, blood pressure, heart rate, hand temperature and other physiological changes. It’s an automatic response to a perceived danger, real or otherwise. Don’t expect the part of your brain that pushes the panic button to distinguish between a slight concern and a major crisis. That’s not its job. You must activate another part of the brain located in the prefrontal cortex to take on that task.

You must use your brain’s executive centre in the prefrontal cortex to pay attention to the alarm, think it through clearly, focus on what is important and take any necessary action. You don’t relieve stress by just taking deep breaths and telling yourself to calm down, you must pay attention to the signal, and take control of the situation.

Action dissipates stress. And you’re in control when you feel that you can handle whatever life happens to throw at you at the time.