﻿When listening, use your eyes as well as your ears. 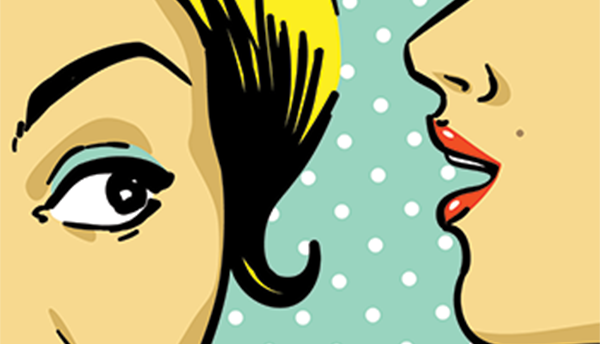 We communicate with our whole body and our actions and behaviours must be consistent with what we are saying. Although the oft-used figures that came from Albert Mehrabian’s experiments have been convincingly debunked long ago, it is normally agreed that our body language has a huge impact on our credibility when we deliver a message.

Body language is mostly unconscious communication using facial expressions, gestures, body movements, postures and so on – that either reinforce or contradict what we are saying. When it contradicts, it is usually wise to believe the nonverbal clues since they are not as easily disguised as the words. The words are what others want us to believe; but the real meaning is in the way those words are delivered.

When communicating, be aware of whether your arms are crossed or you are avoiding eye contact or frequently glancing somewhere else or speaking in a monotone. If you are telling people you are really enthusiastic about an idea, but there is no enthusiasm in your voice, they are unlikely to believe you.

Talk slowly and distinctly. Don’t rush when you’re asking questions. There is nothing more frustrating than being asked a question and not having enough time to respond. As trainers we are told to follow the 7-Second Rule. Allow at least 7 seconds for the response to a question before continuing with the message.

The recently discovered mirror neuron system is now believed to play a major role in our ability to interpret body language. Mirror neurons are those brain cells that fire both when we perform an activity ourselves and when we observe someone else performing the same activity.

Some researchers believe that mirror neurons help us relate, and interpret facial expressions, mannerisms and even the moods and emotions of others. We should be aware of other people’s body language when we are listening to them talk. It could either reinforce our confidence in what they are actually saying or put doubt in our minds as to the truth in what they say.

Effective listeners do not only focus on what a person says; but on the way the person says it. Use your eyes as well as your ears.