A manager’s attitude is important 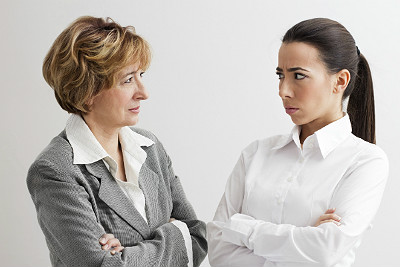 Dennis Shackel, in his book, Five Seconds at a Time, says that a successful leader recognizes and teaches followers that attitude is so much more important than either skills or knowledge.  As proof, he told of an exercise he used in his workshops, which involved asking participants to write down all the characteristics of a good leader that they could think of.  He then asked them to write down K, S, or A beside each characteristic, indicating whether it involved either knowledge, skill, or attitude. (A widely used classification system of human behavior.) The percentages tended to average out to 2% knowledge, 4% skill, and 94% attitude.  Attitude included such things as perseverance, commitment, courage, optimism, gratefulness, confidence, and hope.

Dennis Shackel claims that attitude is a more critical quality than knowledge and skill combined and gives emphasis to the claim that successful leadership requires effective thought choices.  You can control your attitude by controlling your thoughts.

Research indicates that optimism helps you to advance in life, regardless of your age. It stands to reason that the more positive you are about your future, the more you can handle life’s setbacks. Optimists also earn greater pay and work longer and harder than pessimists. An insurance company tested their sales agents for optimism and discovered that those who scored in the top half in optimism sold 37% more insurance than those in the pessimistic bottom half.

Charles S. Jacobs, in his book, Management rewired, says the most effective managers, according to neuroscience, are the ones who do the least in the traditional sense of management.  Unfortunately, those who are promoted to management are usually the high achievers in an organization who find it difficult to back off from what made them a success. They adopt a one size fits all method when it comes to working and managing.

In business it is especially important to have a positive attitude. Whether you are the boss, a manager, or other employee, how you speak and behave impacts those around you. Like laughter, or any emotion, for that matter, positive thinking can be contagious.

We catch more than just colds from one another. We can catch people’s mood, pain, grief, and compassion. And body language aside, the reason appears to be those mirror neurons that have been capturing the interest of neurologists and others in the last fifteen years or more. These mirror neurons – cells scattered across our brain that reflect their surroundings – including the actions and feelings of others.

Our mirror neurons fire regardless of whether we or someone else is performing a specific action. It enables us to relate to the person to the degree that we even have a fair idea of why they are performing that action. For example, when you are grabbing a cup of coffee, a specific neuron fires to tell your hand to reach out and grip the handle of the cup. And when you watch a friend pick up her own cup of coffee, a mirror neuron also fires as if you were also picking up her cup of coffee, even though your hand is not moving at all.

This empathy with others includes emotions. So, if you cringe at the sight of someone else getting hurt, empathize with your friend who is grieving, and feel uncomfortable when a co-worker is upset and anxious, blame it on these specialized brain cells.

Give your mirror neurons a chance to do their thing. Just because you are in a rush, for example, does not mean you have to act as if you are in a rush. University of Kansas researchers studied the effect of doctors standing vs. sitting when visiting their hospital patients. When questioned afterwards, the patients whose doctors sat with them perceived the visit to be a lot longer than those patients whose doctors stood by their bedside.

If you are a manager, even if you have only ten minutes to talk to a member of your staff, you can still sit down, which makes you much more connected to the person than if you’re standing up. And make good eye contact, nod your head, lean in – all the actions that convey that you are present mentally and emotionally as well as physically.

The worst thing you can do is remain standing, walk to the door, put your hand on the door handle, and keep talking, because then the person does know that your mind as well as your body is already on the way out. Instead, you could stay seated and say, “If you have another question, I can answer it now, and if you’d like more time to go over things, we can schedule another meeting.” That way, you are completely with the individual, and not sending the message that you cannot wait to get out of there.

NOTE: The above article was excerpted Harold Taylor’s eBook, A positive attitude gets results, soon to be published and available from Bookboon.com.