Can’t say no? Practice the pause 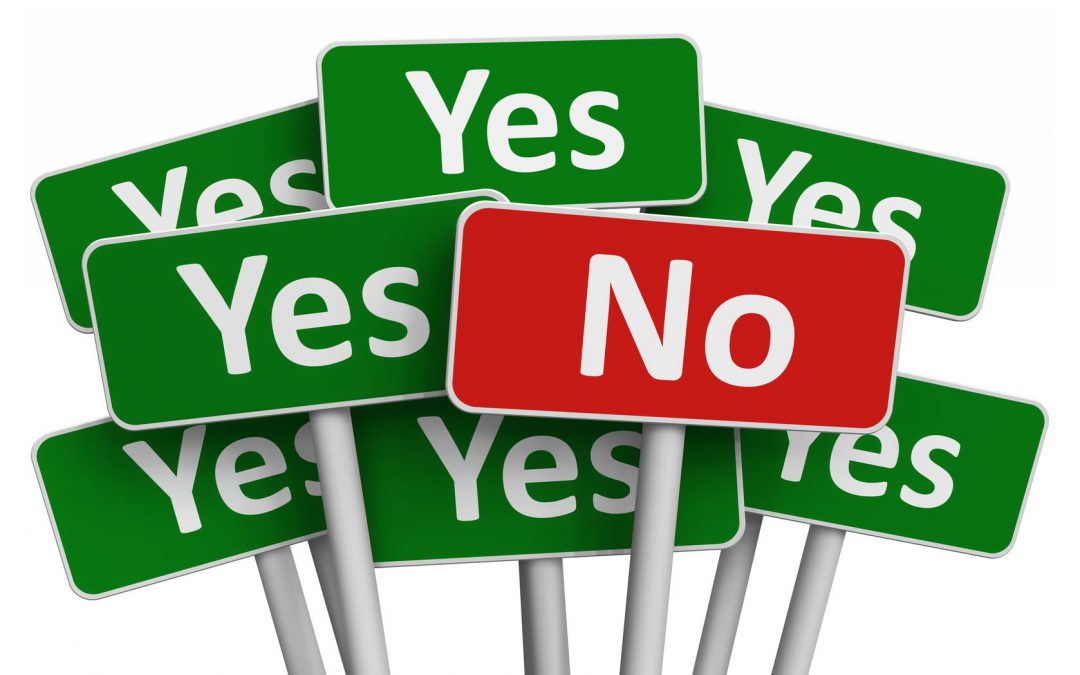 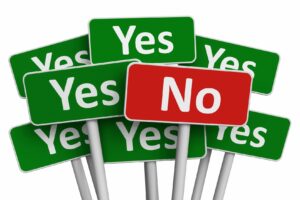 Don’t be so quick to say yes.
People who claim they can’t say no are actually saying no when they say yes; because they can’t do everything. There’s only so much time available. And every time they say yes to something, they’re saying no to something else. And that something else might be time to spend on their family, friends or themselves.
In most cases we don’t say no because it is easier and more rewarding at the moment to say yes. It’s called the “Pleasure Principle”. We tend to avoid pain and seek immediate gratification. When we say yes, we get immediate rewards – we feel good, we make people happy, we are liked, and so on.
It’s the same thing with procrastination. We tend to do what’s pleasant and avoid anything that’s unimportant. When we procrastinate, we put off what we want most in order to do what we want at the moment.
Brain research now offers another reason for our tendency to say yes so quickly. Saying yes is in most cases a knee-jerk reaction. It is an automatic response initiated by the same part of the brain the reacts so readily to interruptions and distractions. But our executive function – located in the reasoning part of the brain, the prefrontal cortex – can override this initial impulse if allowed to do so. And you can allow it by simply making up your mind right now that you will pause whenever asked to do something. It may be appropriate in many cases to respond during the pause with “Let me think about it” or “Leave it with me.” Or you may decide to say yes fairly quickly due to the nature of the request. The important thing is the pause that gives your executive function a chance to do its job.
We have known for many years that giving of your time, money or talents is healthy for the giver. It has been linked to lower stress levels, increased physical and emotional health, an enriched sense of purpose and even longevity. But according to research referred to in an article appearing in the November 15, 2015 issue of Tampa Bay Times, even the thought of helping someone helps the giver fight off disease, among other benefits.
A study at Harvard actually showed that such thoughts increased protective antibodies in the people who were considering helping someone. That’s what you are doing during the pause – thinking about helping someone. But the reaction is not reversed if you decide not to.
Practice the pause.