Coping with loneliness at home and in outer space 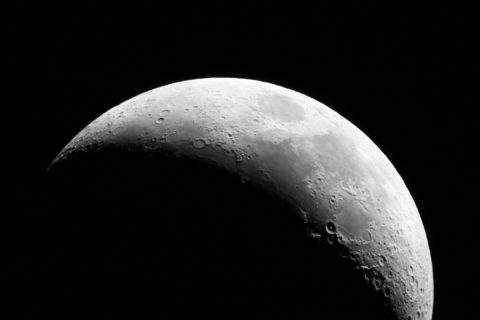 This is a continuing series based on my recent e-book, How to set up an office at home, published and available from Bookboon.com.
Loneliness is a factor if you work alone in an office all day. And during the pandemic more people have been working from home. And according to Daniel Amen, in his 2020 book, The end of mental illness, about 10% of people who are fifty and older do not have a spouse, partner, or living child. Loneliness can be toxic for your health. It can lead to increased mortality, depression, aggressiveness, poor sleep, and elevated blood pressure. The lonely are also twice as likely to have ulcers.
But no job is more isolated, and the worker more separated from family and relatives, as an astronaut circling the planet Earth. Scott Kelly, a retired NASA astronaut who spent nearly a year on the International Space Station, shared a few ideas for coping with isolation in an article that was published in the New York Times on March 21, 2020. His way of coping could apply to someone working from a home office, except that when he went to sleep, he was in his “home office,” and when he woke up, he was in his “home office.”
He developed a structured day that took him from one task to another, some short ones, and others of several hours; but his time was scheduled tightly. He said that when he returned to Earth, he missed the structure and found it hard to live without it. Scott paced himself because he knew he was in it for the long haul, and he included a consistent bedtime in his schedule.
To quote his comments, “NASA scientists closely study astronauts sleep when we are in space, and they have found that quality of sleep relates to cognition, mood, and interpersonal relations – all essential to getting through a mission in space or quarantine at home.” Adequate sleep happens to be one of the more important strategies for cognitive fitness and mental resilience.
He also said in the article that you need a hobby – an outlet that is not work. Scott brought books with him into space. He said that “the quiet and absorption you can find in a physical book – one that doesn’t ping you with notifications – is priceless.”
Scott also mentioned that one of the things he missed most while living in space was not being able to go outside and experience nature. “After being confined to a small space for months, I actually started to crave nature – the colour green, the smell of fresh dirt, and the feel of warm sun on my face.” He went on to say that he listened to a recording of the earth sounds, like birds and rustling trees, and even mosquitoes, again and again, and said that, in his mind, it brought him back to earth. He said, “Research has shown that spending time in nature is beneficial for our mental and physical health as is exercise.” Scott was thankful for the job of tending to experimental flowers that he was growing in space.
Exposure to nature happens to be another important strategy for developing cognitive resilience. If you cannot spend much time outdoors, at least have a view of nature if possible. Or pictures of scenery on the wall. An issue of Scientific American Mind in June 2016, linked exposure to natural settings with many health benefits, from reduced rates of depression to increased immune functioning.
Buildings are being designed with greenways, landscaping, and potted plants. Studies found that urban green spaces, such as plants and gardens, also improve cognitive development. Plants not only give off oxygen, they are able to absorb environmental chemicals and transport them to the soil. They act as vacuum cleaners removing pollution from the air. Studies have shown that the presence of potted plants, for example, improve productivity, creativity, performance, and learning ability.
And it is no coincidence that blue and green – the colours most frequently found in nature – have also been found to be the most effective in maintaining calm and general well-being offices, in addition to stimulating personal productivity.
If for some reason you must live alone and indoors, can you get a dog or other pet? Animals are almost on a par with humans when it comes to companionship. Studies show that petting a furry friend or even watching fish swimming in a tank can lower blood pressure and increase your brain’s feel-good neurotransmitter, dopamine. And with a dog, you have a built-in excuse to take a walk if that is available to you. Exercise is also an important element of building mental resilience.
There are ways of partially compensating for the lack of other people surrounding you as well. Periodic video conference calls and using Facetime or Skype for some of your calls instead of just audio calls and emails or text messaging will bring you face to face with other people, at least visually. And don’t crawl into a shell after work. Have as much interaction with people as possible. If you live alone, expand your social life. Even telephone conversations help. Do not get locked into watching TV or surfing the Internet all evening.