You deserve a hug today. 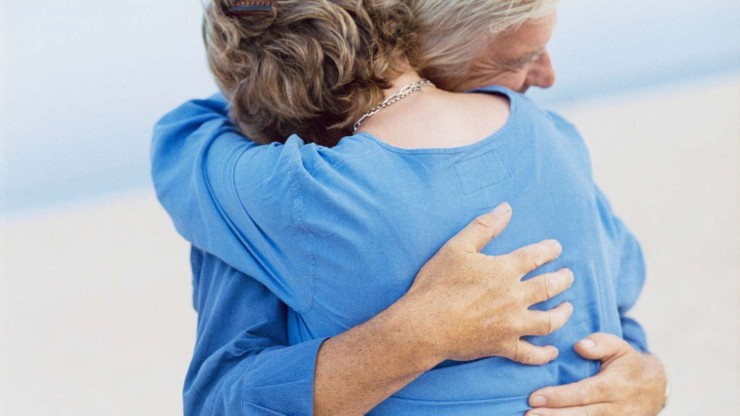 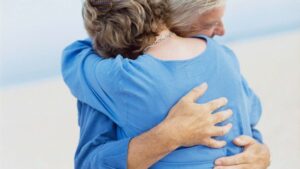 A smiley tacked onto the end of an email message or social media post will never replace a good old-fashioned hug.
According to an Associated Press article in the July 16, 2016 issue of Telegraph Journal.com, people in America spent an average of 10 hours, 39 minutes each day with smartphones, tablets, TV, radio, computers and video games during the first three months of 2016. This is a full hour a day more than the previous year.
This doesn’t leave much time for personal one-on-one interaction with family and friends. You may be interacting with family and friends on social media; but physical touching is absent. Hugging, for instance, based on research, is believed to fight infection, boost your immune system, ease depression, lesson fatigue and lower blood pressure and heart rate.
Hugging increases levels of the neuropeptide oxytocin, sometimes referred to as a “cuddle hormone” or “love” hormone. Oxytocin promotes relaxation and supports coping skills, and hugging is one of the methods that Gayatri Devi recommends in his book, A calm brain, to calm your brain and reduce stress. Neuroeconomist Paul Zak recommends at least eight hugs a day to be happier and enjoying better relationships.
As described in Susan Greenfield’s Mind Change book, researchers at the University of Wisconsin-Madison arranged for teenagers to perform a stressful task and then were comforted by their parents by phone, instant messaging, in person or not at all. Cortisol levels (markers of stress) and oxytocin (indicator of bonding and well-being) were then measured. Those who spoke on the phone or in person released similar amounts of oxytocin and similar low levels of cortisol. But those who instant messaged their parents released no oxytocin and had cortisol levels as high as those who had no contact at all with their parents. Online communication doesn’t seem to carry the emotional support of the more personal kind.
Gayatri Devi also described an experiment that showed couples who received an oxytocin nasal spray were much more likely to listen to one another attentively and affectionately. Perhaps we should be hugging our partners more.
Dr. Macola (Macola.com) suggests that oxytocin might explain why pet owners heal more quickly from illness, why couples live longer than singles and why support groups work for people with addictions and chronic diseases.
According to one estimate, appearing in Susan Greenfield’s book, we spent an average of six hours a day in face-to-face interaction and four hours via electronic media. By 2007, this proportion had reversed, with nearly eight hours socializing on electronic media and two and a half hours in face-to face social interaction.
Although some people suggest that even social interaction on social media may increase oxytocin levels, it’s doubtful it would do so to the same extent – certainly in light of the research that suggests the skin contains a network of tiny pressure centers that can sense touch, which in turn are indirectly connected to oxytocin receptors.
Regardless, you deserve a hug today. Both the giver and the receiver share in the benefits.