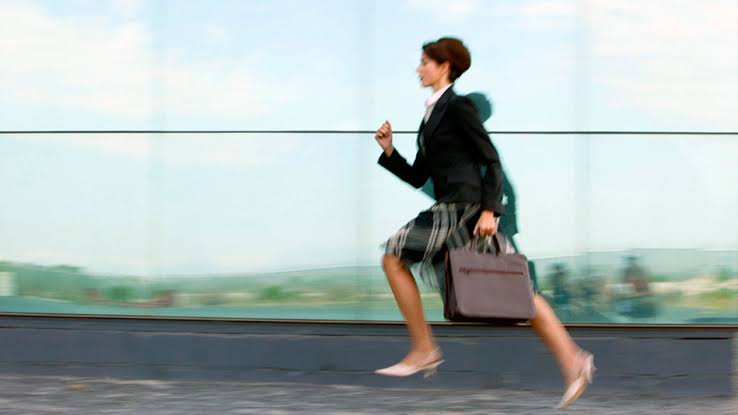 Speed is the enemy of time management

Just as gulping your food and rushing through meals takes the enjoyment out of eating while doing nothing for your health, so rushing through life has its consequences. If you can’t remember what you had for dinner last night, you were probably mentally absent at the time. And the same thing applies to life itself. If you rush through life, multitasking and always thinking ahead about the next item on your bottomless “To Do” list, later in life you will wonder where the time went.
Speed is the enemy of time management, not its ally. Life is meant to be savored, not dispensed with as quickly as possible. Slowing down will result in fewer errors, fewer accidents, a healthier lifestyle, improved relationships, and a more enjoyable and memorable life.
Many people are too rushed in the morning to pause for breakfast. Skipping breakfast deprives your brain of the energy it needs to function at its best, according to Dr. Brian Morgan of Columbia University College of Physicians and Surgeons. And Valorie Burton mentions a survey in her book, How Did I Get So Busy, that reveals that 58 percent of Americans admit that they skip lunch altogether if they’re too busy.
Because we don’t make time to eat properly, exercise properly or sleep sufficiently, we are becoming obese. It has become an epidemic. In the U.S. up to a third of Americans are clinically obese. It’s interesting to note that children in schools within walking distance of fast food restaurants tend to be obese. 4.5 million Canadians are obese. That’s about 20 percent. This becomes one more roadblock to living a longer, healthier and happier life.
It is also essential that we control our use of technological gadgets such as BlackBerrys and other PDAs. They were originally supposed to give us more leisure time, but instead they simply make it easier for us to work longer and faster – regardless of where we are. Controlling them by turning them off at a set time each day, such as 6 PM, will help keep your life in balance, reduce the temptation to multitask, and slow down the pace of life. It will also reduce stress and help us to sleep easier if we’re not checking email just before we go to bed. We try to get more done by cutting back on sleep when studies show that after a good night’s sleep you get more done, with fewer mistakes, because of your increased ability to concentrate.
Technology was meant to speed up the completion of tasks, not the behavior of people. We are not machines. It’s bad enough trying to keep up with our neighbors, without trying to keep up with our smart phones. Don’t allow technology to rob you of your creativity, individuality, humanity and peace of mind. Make time for yourself and rid your life of strife. Smart phones are really not that smart. If they were, they wouldn’t allow so much meaningless trivia into your life.
The busier you are, the faster time seems to pass, and many people seem to be in a constant state of overload. By using technology indiscriminately, they are putting their lives in high gear, multitasking, responding to crises, and filling their lives with incessant interruptions and trivia. No generation has had such a long lifespan as this current generation, yet a third of Americans claim they do not have enough time. In some respects, all we have done by introducing technology and increasing speed is reduce the time we spend on trivial and low-priority activities so we can spend time on even more trivial and low-priority activities.
According to Matthew Edlund in his book The Body Clock Advantage, those who don’t rush through the day in a panic, but pace themselves & work efficiently, actually survive longer. That’s a greater time management strategy than working more efficiently.
Slow down and savor the moment. It will never pass your way again.
Note: This topic is covered in detail in my book, Slowing down the speed of life, now available as an eBook at Amazon. http://amzn.to/1H4OGYP