Don’t try to cram too much into a day 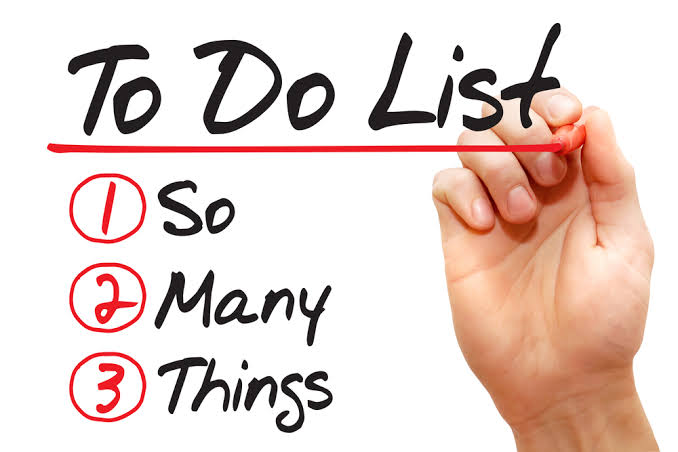 You may have driven along a highway while listening to your car radio or daydreaming or talking on a cell phone and actually missed your turnoff – even though you had taken that same route hundreds of times before. That’s a result of multitasking – trying to do more than one thing at a time.
You do not remember much about the trip because you cannot form memories when your mind is absent. That’s one thing multitasking does; it robs us of our memories. And of course it has been proven that it decreases our efficiency as well. As a Russian proverb says, if you chase two rabbits, you will not catch either one.
An article appearing in the Toronto Star, July 2, 2008, talked about the myth of multitasking. It referred to a psychologist called Rene Marois of Vanderbilt University, who used brain scans to track what happens when the brain is forced to respond to several stimuli at once. He found that task switching leads to time lost as the brain determines which task to perform.
Psychology professor Russell Podrack of the University of California found that multitasking adversely affects learning inasmuch as you cannot retrieve the information as easily.
The consequences of missing something I write may not be that great. But imagine what a lack of concentration could do if you were driving at high speeds while talking on a smart phone. That fraction of a second could prevent you from stopping in time at a railway crossing or noticing another car about to run a stop sign.
Talking on a phone, whether hands-free or not is on a par with driving at the legal intoxication limit. The conversation literally pulls your attention away from your driving. Statistics also show that we are four times more likely to be in an accident while talking on a smart phone than otherwise. As Kurt Kleiner, writing in the June 8, 2008 issue of the Toronto Star said, “When we’re talking on a cell phone, we’re only half there. And that’s no place to be when the other half is behind the wheel.”
In an office environment, the temptation to multitask is tremendous. We need to review last night’s e-mail and voice mail, sign documents, make telephone calls, synchronize our PDAs, revise our schedules, answer text messages, and print a proposal ad infinitum. It seems the only way to get everything done is to do more than one thing at a time.
Ironically, doing so consumes even more of that precious time that we are trying to preserve. How many times have you had to ask someone to repeat what they said because you were reading the paper at the time? That’s hardly a timesaver. In addition we are risking errors, sacrificing quality and creating anxiety. Research shows that multitasking increases stress and causes physical ailments such as headaches and stomach aches.
In our zeal to get more things done in less time we are sabotaging our efforts. I suggest you ignore the recommendations to double up on tasks. You don’t have to listen to your voice mail while reviewing your e-mail or take reading material to meetings or collate papers while talking on the phone. Instead, identify the priorities and work on them one at a time. Time management is not about doing more things; it’s about doing more important things.
Many of the things that we are now attempting to do simultaneously could probably be eliminated altogether. Give your full attention to the important task at hand, and don’t be distracted by the trivial many.
You will remember the important things; but only if you have given them your full attention. Cramming more activities into a workday is simply not good time management.