“Everything in moderation” includes email and augmented reality games. 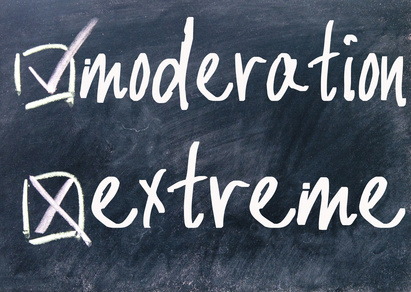 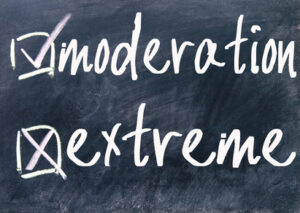 There are obvious signs that smart phones are being used in excess. For instance, as reported in the June, 2016 issue of Mindful magazine, a one-ton, 20 foot sculpture outside Salisbury Cathedral had to be moved because too many people walked into it while staring at their cell phones. And as pointed out in an Associated Press article appearing in the July 2, 2016 issue of TelegraphJournal.com, online smart phone use alone averages an hour and 39 minutes a day – more than double what it was two years ago.
Pokemon Go is the latest game that draws people to their smart phones. The July 18, 2016 business section of the Toronto Star ran several articles on this latest rage that has people walking the city streets and into lampposts in a search of virtual Pokemon characters. According to one research firm, it has been downloaded 15 million times already, and people spend an average of 33 minutes a day playing the game.
There are consequences for compulsive use of smart phones besides the tendency to walk into statues or into the path of vehicles. The summer, 2016 issue of Scientific American Mind mentioned a 2014 study that sixth grade campers who spent five days without electronics were better at reading human emotions. And a study published in the 2015 issue of Pediatrics found that children who sleep near a small screen get an average of 21 fewer minutes of sleep without gadgets in their rooms.
The hundreds of reports on the negative aspects of excessive cell phone and email use may be overkill – and perhaps even misleading. But everything has a cost. In Cal Newport’s book, Deep Work, he mentions the case of Tom Cochran, who in 2012 gathered company-wide statistics on time spent waiting and answering emails by his company’s employees. Combining time spent with wages paid, he calculated that his company, Atlantic Media, was spending over $1 million a year to pay people to process emails.
There is little doubt that more time than necessary is being spent checking email. I believe it has replaced meetings as the one greatest single source of wasted time in business, and in many cases it may be used to avoid doing real work.
Reducing time spent on email will not only save money, it may offer other advantages as well. Cal Newport also describes in his book how one team at the Boston Consulting Group took one day a week free of any connectivity inside or outside the company. As a result, the consultants experienced more enjoyment in their work, better communication among themselves, more learning, and a better product delivered to the client.
When it comes to email, Pokemon Go or whatever the latest time-draining electronic activity happens to be when this article is posted, “everything in moderation” is good advice.
Everything comes at a cost.