Have you abandoned your New Year’s resolutions yet? 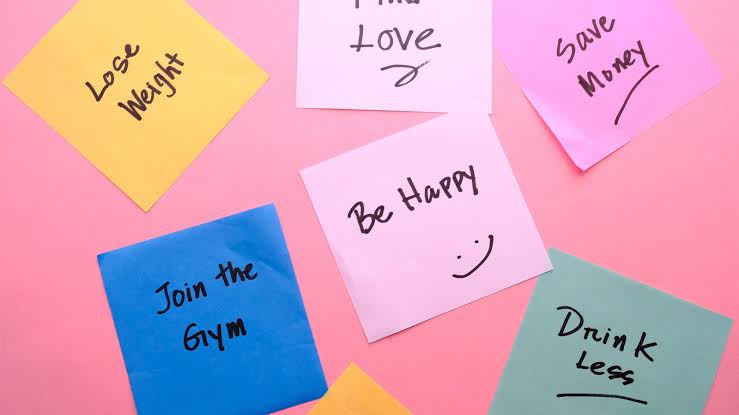 Chances are that you will abandon your resolutions by the second week in February if you haven’t already done so. Yes, most of us will keep procrastinating as the year progresses.
It makes sense, since people who make New Year’s resolutions are usually those who are least motivated to follow through with their plans. They have procrastinated already by saying they will change in the New Year. If they were really committed to lose weight or stop smoking or save money or whatever, they would have started when they made that decision.
After all, there’s nothing magical about New Year’s or any other date for that matter. M.J. Ryan, in her book This Year I Will claimed you really have to want to change. The motivation comes first and then the self-discipline. In her book, she quotes statistics that approximately 45% of us make New Year’s resolutions but only 8% succeed. According to U.S. News, approximately 80% of resolutions fail by the second week of February, so certainly the odds are against you.
There are many reasons, including lack of commitment or passion, the lack of self-discipline, the lack of a plan, no accountability, a vague description of the resolution or goal, and so on.
Most of these can be overcome by replacing New Year’s resolutions with goals, which have well-known requirements to ensure success. I stopped making New Year’s resolutions long ago. In fact, my last New Year’s resolution was “I will stop making New Year’s resolutions – effective immediately.”
Any resolution can be expressed as a goal, which brings with it a set of guidelines such as those expressed by the old “SMART” acronym – Specific, Measurable, Attainable, Results-oriented, and Time-framed. In other words, you don’t say that you are going to lose weight or even that you are going to lose 24 pounds; you write down that starting January 4th you will you are going to lose two pounds per month for 12 consecutive months. You must be confident that this goal is specific (2 lbs. per month) measurable (using a bathroom scale), attainable (by following your plan, which might be a combination of diet and exercise), results-oriented (since others have achieved even greater results than this using similar plans), and time-framed (since you have placed deadlines on achieving the monthly sub-goals.)
I add the acronym “WAYS” to the “SMART,” which refers to putting them in Writing, setting goals in All areas of life, making sure they are Your goal, not what other people want you to do, and Scheduled if they involve specific activities. For example, in this case you would want to block off time in your planner each day (an appointment with yourself) to exercise.
You will still need self-discipline; but structure like this makes it easier to be self-disciplined, and your routines will eventually become habits. For example by forcing myself to go walking before breakfast every morning, within weeks, I developed a habit of walking every morning. A habit requires little effort or discipline on your part. It’s like brushing your teeth, getting dressed or stopping for a coffee. It’s almost automatic.
New Year’s resolutions are like wishes, desires or “To Do” lists; but goals are real commitments. And to make your commitments even stronger, share them with others to add a measure of accountability. Public declarations, sharing with friends or posting your intentions on Facebook are psychological tactics proven to increase the likelihood of sticking to your commitments.
Set and achieve goals throughout the year. Let New Year’s be a time of celebration. The last thing you want to do at the first of the year is burden yourself with New Year’s resolutions.