How to communicate with the elderly 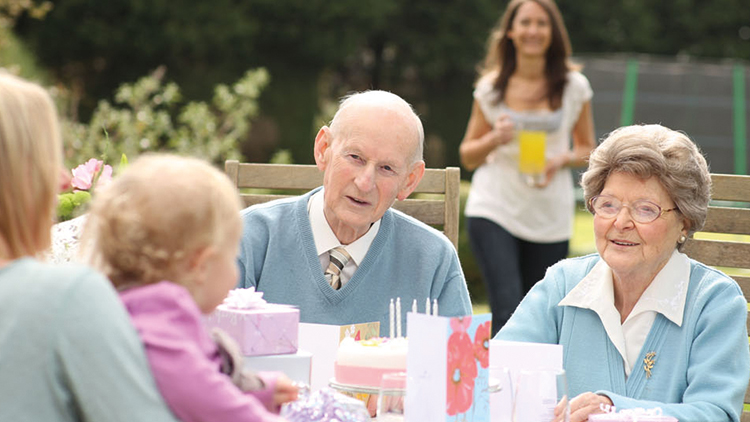 The author of The Brain Training Revolution claims that two thirds of Americans older than 50 complain of memory problems. According to the Alzheimer’s Association in Canada, where I live, over 747,000 Canadians are living with Alzheimer’s or other dementia. Dementia is a general term for decline in mental ability severe enough to interfere with daily life, usually involving memory loss and a decline in thinking skills.
When it comes to octogenarians, there are many of us. The number of Americans ages 65 and older is projected to more than double from 46 million in 2016 to over 98 million by 2060, and the 65-and-older age group’s share of the total population will rise to nearly 24 percent from 15 percent. The age bracket of 85 years and over is the fastest growing segment of the population.
I don’t share the belief of younger people who feel octogenarians are old. In fact I’m already preparing for the nineties. There are several nonagenarians in our local friendship club. I had to look up the term on the Internet. When I asked my son what you call a person in his nineties, he replied, “Dead.” Young people think ninety is old. That’s why I’m currently writing a book on “How to grow older without growing old.”
Since I became an octogenarian several years ago, and have to communicate with others my age and older at our Tuesday morning gatherings, I have picked up a few pointers on communicating with the elderly.
It can be difficult, you know, when you are struggling with a bit of a memory or a hearing problem. I take that back; you’re probably a young buck of sixty or less, looking for some quick time tips so you can cram even more activities into your fast-paced life so it will seem to fly even faster – so you can end up seriously wanting to communicate with other seniors. You might file this article until then; it won’t be long.
People in their seventies, eighties or nineties are not necessarily old; but for many of us, memory, hearing and mental quickness do decline, and communication skills require sharpening.
Be aware that 80% of people over 85 experience hearing loss. Only 16% of those with hearing problems have hearing aids – and only 8% actually use them. But raising your voice doesn’t help. In fact, it makes it worse. When you are explaining something or giving information to seniors, lower your tone of voice, and speak more slowly.
Let me interject here why most of us don’t like to wear our hearing aids – and it’s not because there is nothing worth listening to or that we don’t want to hear our spouse’s requests or we’re too vain to let people think we don’t have perfect hearing. It’s because we can hear the toilet flush three houses down the street – and if it’s in the same house, it sounds like Niagara Falls. A pen dropping sounds like a bomb just exploded, and when the woman three doors down the hall in an apartment calls her husband, you answer. (I found out later we have the same first name.)
When talking to a senior, repeat any important segments using different words if they look confused. Face them directly and maintain eye contact so they can see your facial expressions. It also helps if you use appropriate gestures, and exaggerate your frown or smile depending on whether you are delivering bad or good news. All seniors may not hear everything you say, but they become adept a reading lips, facial expressions and other body language.
If you have control over any background noise, such as a radio or TV blaring or multiple people all speaking at once, so much the better
50% of seniors over 75 have cataracts, and 20% to 30% of people over 75 have impaired vision, so keep that in mind when communicating with the written word. The elderly also need good lighting. As we age, our eyes process only about one third of the light – so lights need to be about three times brighter. And of course we could have trouble reading small print or thin fonts.
Don’t rush seniors. There’s nothing more frustrating than being asked a question and not having enough time to respond. The “7-second rule” in questioning (allowing at least 7 seconds for a response to a question before continuing) might become a “14-second rule” for most of us.
Someone told us that a 25-year old learns a new skill after about 40 repetitions, while the elderly take 400 repetitions. I’m not sure I agree with those figures; but don’t rush through instructions, and make sure you allow us enough time to learn something new or form a habit.
Seniors also have a harder time ignoring interruptions, according to Scientific American Mind, January, 2009 issue. I don’t really believe that…Oops, someone’s calling me – gotta go.