How to say no 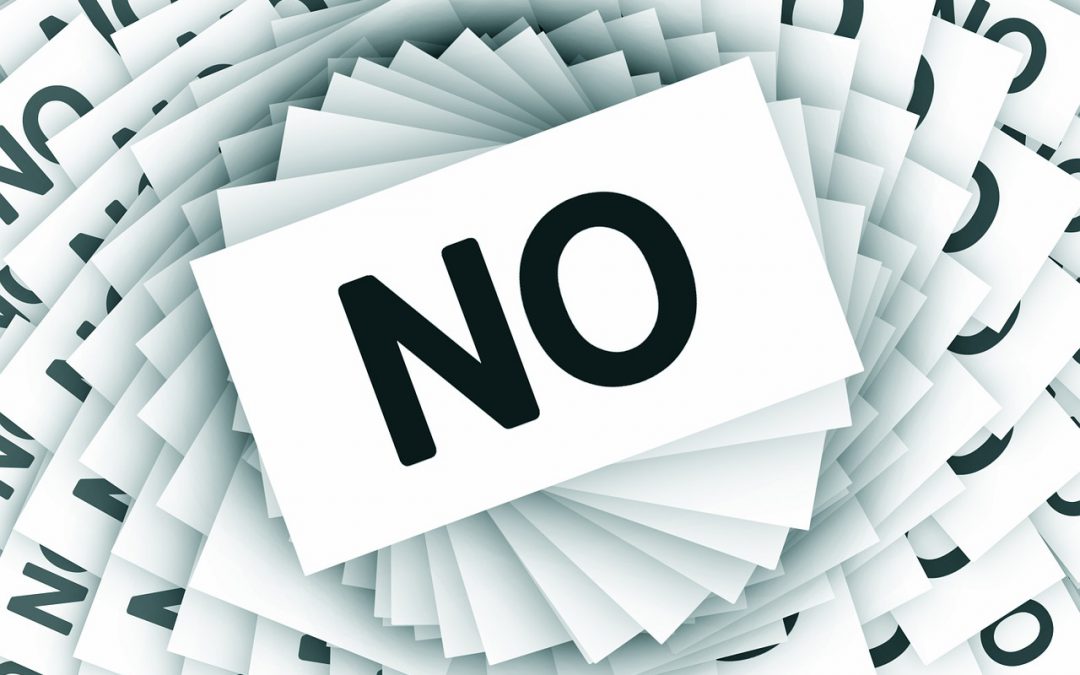 A small word like “no” can have a huge negative impact on our mental and physical health, energy level and the accomplishment of meaningful personal goals.
Getting involved in business, community and social projects can be a great way to expand your personal relationships and your areas of competence; but it can also catapult you into a busy, busy life where you are so occupied with other people’s projects that you don’t realize you are neglecting your own ambitions and the needs of those closest to you.
There is a reason people say that if you want to get something done, you should ask a busy person. It’s usually because a busy person hasn’t learned to say no.
It’s so much easier to say yes to other people’s requests. We don’t hurt their feelings, it avoids conflict, it satisfies our need to be liked, and it actually feels good at the time. Every time we say yes, we are momentary heroes. But most often, what we agree to do at the moment torpedoes what we really want to do the most.
Just because someone asks you to or three times doesn’t mean you have to change your answer to a yes. A polite no is a complete sentence; but you might want to add a comment that doesn’t leave the door open for a change of heart later, such as “but I’m flattered that you asked me.”
Definitely don’t say “Let me think about it, and I’ll get back to you later.” They will have false hopes, and you will have an even harder time saying no as they continually press you for your decision. And giving an excuse such as, “I’m too busy right now; perhaps in the future” would leave the door open for negotiation. You may get, “That would work out okay; the project doesn’t start until the spring.” Let your yes be yes and your no be no. Holding a definite “No” in abeyance is both stressful and energy draining.
If you feel you must give a reason for saying no, mention how saying yes would impact other people. Few people would argue against spending adequate time with your family or fulfilling ongoing obligations, for instance.
It’s important to have your personal goals as well as your personal policies in writing and in your mind. Focusing on your goals insures that you have a good reason for refusal always on the tip of your tongue. For example, I can readily respond with sorry, “I’d love to help you out; but I have a commitment to get 10 more e-books to the publisher in the next couple of years and I just don’t have the time to spare.”
Saying no at work tends to be more of a struggle for women than for men, according to studies done by Katherine O’Brien at Baylor School of medicine in 2014. Age is also a factor. Seniors find it easier to say no – probably due to experience and because they have less need. The majority of people are somewhere in between, with the less assertive people being more likely to say yes.
Practice should help everyone. Thinking how you would word a refusal, and actually speaking it out loud a few times, will at least make it more familiar and a little easier. And the more you say no, and discover that people don’t resent it half as much as you had imagined, it won’t be such an ordeal.