Is there no such thing as an objective decision? 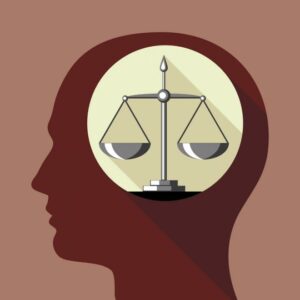 The amygdala area of the brain is known to generate feelings. It is the emotional part of the brain, generating such responses as fear and desire.
The prefrontal cortex, sometimes referred to as a manager, houses the executive functions and is considered the thinking part of the brain. You might expect it to be the decision-maker.
And it is. But it works in conjunction with the more intuitive amygdala, which draws on past experiences and feelings to influence the decision. After receiving input from the amygdala and other brain areas, the resulting decision may not appear so logical if you consider only the facts relevant to the situation in question.
According to John Lehrer, in his book, How we decide, the prefrontal cortex is linked to just about every brain area, and considers all feedback before making a decision. But no decision can be completely objective – at least not as far as other people are concerned – since we all have our own realities, values, beliefs and past experiences.
Probably more areas of the brain are involved in the decision-making process than even the neuroscientists are aware of. And perhaps without mirror neurons, which reside in many parts of the brain and help us to emphasize with one another, we would never agree on anything.
As Jonah Lehrer, author of How we decide, says, “Intuition isn’t a miraculous cure all. Sometimes the feelings can lead us astray and causes us to make all sorts of predictable mistakes.” He goes on to say that the “reptilian brain” is fighting the frontal lobes.
When it comes to decisions, sometimes the emotional part of the brain can take charge. It has been shown, for instance, that we can react to the presence of an unseen snake fractions of a second before we are even conscious of its presence. The brain’s priority seems to be to minimize danger and to maximize reward.
Since few, if any of us, have had similar past experiences, it is unlikely that we would all agree on a decision made by a group. As Charles Jacobs says in his book, Management rewired, “if we use logic to influence people unconsciously driven by emotion, we probably aren’t going to be very successful in getting them to embrace our point of view.”
According to a Canadian press article appearing in the March 23, 2017 issue of Telegraphjournal.com, emotion colors the meaning we give to things. This supports the opinion of Princeton political scientist Larry Bartel, who was quoted in Jonah Lehrer’s book as saying that voters invent facts or ignore facts so they can rationalize decisions they’ve already made.
If I am reading the brain research correctly it would appear as though we should try to avoid snap decisions on important issues, allowing the executive center of our brain to moderate emotional impulses. It would also appear that we should involve other people with different experiences in our decision-making process to compensate for our own biases. And we should go so far as to seek out different points of view. But when instant decisions are critical, such in the case of a wall about to collapse, trust your instincts. After all, that part of the brain is programmed for survival, and you have to survive if you want to make more decisions in the future.