Lessons learned from the sinking of the Titanic 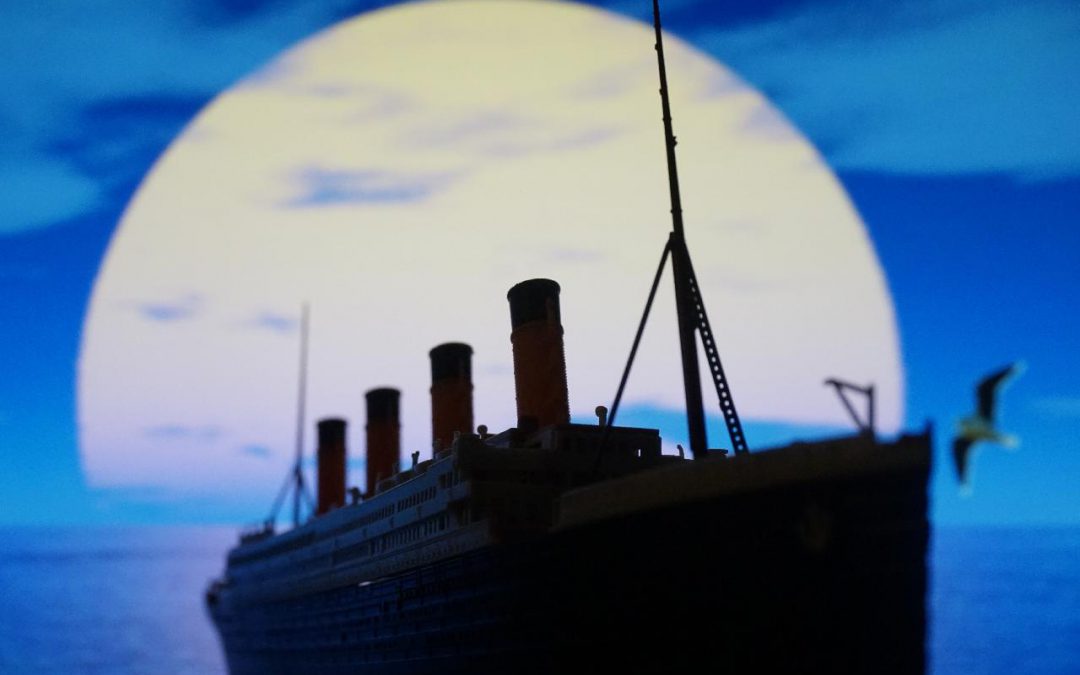 Did you ever watch the movie, Titanic? A few days ago I noticed a re-run of the original movie that was made back in the fifties and it reminded me of the series of errors and omissions that caused this terrible tragedy.
Similarly, errors and omissions in managing your time can cause personal tragedies. Not of the same magnitude, but tragedies nonetheless. Managing ourselves improperly with respect to time can cause health problems, career problems, money problems and family problems. Let’s take a look at some of the more common time management errors and how they came to mind while viewing that movie. I’ve listed them as an acronym, which spells the word TITANIC.
Taking on too much. Just as the great ship took on too much water and sank, so peo-ple are sometimes guilty of taking on too many tasks. We must learn to say no if we’re to remain afloat. Recognize you can’t do everything nor be all things to all people. Know your limitations. Do those things well that are of the greatest value, instead of trying to do all things.
Ignoring the priorities. The cruise line knew that their top priority was the safe¬ty of their passengers, yet they sacrificed lives by ignoring the installation of sufficient lifeboats. Just as they put aesthetics ahead of safety, so people frequently put productivity ahead of health. If your health is a priority, take the time to eat properly, exercise regularly and get adequate sleep. Some people won’t even take the time to see a doctor! Don’t ignore the priorities, even if it means leaving half your “to-do” list undone.
Trying to race the clock. Just as the Titanic was bent on breaking speed records, making it impossible to turn quickly enough to avoid the iceberg, so many of us race against the clock, causing excessive stress, errors, and fractured relationships. You will never beat the clock. It will still be ticking when we are literally dead in our tracks. So slow down, work on the priorities, and don’t sweat the small stuff.
Acting without planning. Did you notice what happened when panic broke out aboard the ship? People were running haphazardly, first in one direction, then the other. (Hero and heroine excepted of course.) Experts have since come up with plans on how all those deaths could have been avoided. But as the saying goes, when you’re up to your neck in alligators, it’s difficult to remember that your original plan was to drain the swamp. Acting before planning is like shooting before aiming. Take time to plan what you will do, how you will do it and when you will do it. Planning saves more time than it consumes.
Not delegating. In the movie, only a few officers were trying to coordinate the evacuation of over 2000 people – with disastrous results. Similarly, some managers try to do everything themselves, causing businesses to flounder. Enlist the aid of others to help get the job done. Delegation is the greatest time saver of them all.
Interrupting yourself and others needlessly. At least there was a need for con¬stant interruptions aboard the Titanic; but many people have never developed the power of concentration. They interrupt themselves and others continuously. Make it easier to concentrate by getting away from the email, cell phone calls, and other communication devices long enough to complete segments of those priority projects. Jot down those thoughts, assignments and questions that pop into your mind while you are working, and review them with your staff at a later time. Just because you think of something now, doesn’t mean you have to communicate it now.
Cultivating bad habits. Procrastination may have played a part in the time it took other ships to come to the rescue, and it certainly plays a part in decreasing our own effectiveness. Other bad habits include perfectionism, shuffling papers, daydreaming, not listening, and absent-mindedness. We all waste time occasionally; but don’t make it a habit. Get orga¬nized and practice self-discipline. Take each bad habit in turn, and replace it with a good habit.
If you manage your time effectively, you will have clear sailing. If you fail to gain control of your time, you may not end up in a watery grave, but you will at least experience a sinking feeling in the pit of your stomach.