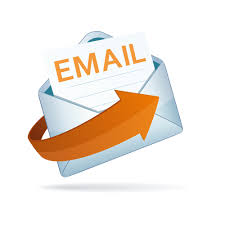 Always check email in the morning.
My apologies to Julie Morgenstern, for the contradiction to her excellent book’s title, “Never check email in the morning,” but I am now convinced this is not the best strategy.
For years I have been telling people that checking email first thing in the morning would sidetrack them and send them on tangents, answering trivial messages and keeping them from the priorities of the day. And this made sense if you had planned to start on a priority project first thing in the morning. Email is addictive; you do want to check it every few minutes – like shoving one more coin into a casino slot machine hoping this one would result in a reward.
But after learning more about our brain, how it operates, and its impact on our productivity, I’ve changed my mind.
Most people have an irresistible urge to check email before they even get to work – sometimes before they even get dressed in the morning. After all, it’s been 10 hours or more since they last checked it. The world is on different time zones, and they could have won the Irish sweepstakes or had a new book accepted by a foreign publisher. The boss could’ve sent an urgent request, a relative could have died during the night or maybe there is a lucrative job offer awaiting them.
Blame it on this new technology, but the point is, it requires strong willpower and much personal energy to resist the urge to check email and to buckle down to work on that important, but not always delightful, first priority of the day.
Resisting temptation, mustering willpower and ignoring your inbox consumes a lot of energy. But assuming you are able to do it, how productive would you actually be during the rest of the morning? In fact, studies described in Scientific American Mind (May/June, 2011) have shown that people who exert themselves mentally, such as resisting the temptation to check email or whatever, gave up on problems sooner when presented with them immediately afterwards.
We are by nature, curious. This puts us into a mental multitasking mode, thinking about what might be awaiting us in the inbox while trying to concentrate on our priority task. And we now know that things left undone create anxiety and stress, which in themselves are known energy consumers and productivity killers. David Levinson, in his book, “The organized mind,” says the awareness of an email waiting to be answered, for example, can reduce our IQ by 10 points.
The mental energy consumed by exercising willpower is on a par with that required to make decisions or solve problems. Look at the impact this was shown to have had on parole boards. Prisoners who came before the board in the early morning were granted parole 70% of the time while those appearing in the late afternoon were granted parole less than 10% of the time. This wasn’t a case of being more productive and mentally alert in the morning; but simply showed the effect of decision-making fatigue on the part of the board members.
The energy loss and mental fatigue needed to resist that morning peek at email would negatively impact your performance for the rest of the day. On the other hand, very little energy would be consumed by spending a half hour on something you really wanted to do. So why not satisfy your curiosity and give your mood a lift by quickly checking your email before starting your first scheduled priority task?
In 15 minutes you could probably delete, forward and give two-minute responses to most of those email messages, leaving only those that require more work. Leaving them in your inbox rather than moving them to a folder for later action is easier and faster. Simply jot a reminder to yourself in your planner or daily priority pad.
This new strategy is working great for me. I actually allow about 30 minutes to check email each morning and start on my first scheduled 90-minute module of uninterrupted time by 9 AM. And yes, I have plenty of energy left for the rest of the day since I work from a home office with no stressful commute.
By working on a project no longer than 90 minutes before quickly checking email again, you are setting your brain at ease, and able to easily focus on that 90-minute work session. After all, four or five email checks during a full day is not excessive. And if you always allow more time for a priority task than you think it will take, you should have time to spare anyway.
So give your brain a break. It works hard for you day and night and certainly deserves one.