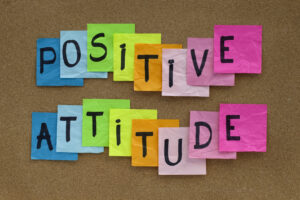 Action is the essential main ingredient of goal achievement and success. Action relies on the brain. Healthy brains are wired to continuously set, act on, and achieve goals. But just as you manage your business efficiently in order to make a profit, you must manage your brain efficiently in order to maximize the use of your time.
Your brain is capable of outperforming the greatest computer ever manufactured by man. But just as man-made computers rely on the users to operate them efficiently, so does your brain rely on you.
Like man-made computers, your brain can pick up viruses, but in the form of negativity, depression or anger. It can become overloaded and sluggish and even crash. It can have inefficient or outdated programs installed so that it fails to operate at full potential. Or it can be physically abused and mistreated by excessive alcohol, drugs or junk food – or by lack of sufficient sleep or nutrition.
You are not your brain. You must believe that in order to control it. Visualize yourself as the mind – the user – controlling the brain. You can program it to be enthusiastic and positive, focused and attentive, flexible and resilient, persistent and creative, and so on.
If you are troubled by procrastination or perfectionism or distractibility or lack of energy or any number of things that stand in the way of achieving goals and working at full potential, your brain is probably not operating on all cylinders. In many cases it only requires a minor adjustment to make a major difference in your personal productivity and physical and mental health.
You might first examine your attitude – or you could start anywhere. We will cover many more brain afflictions in future articles. But I feel your attitude can have a huge impact on the success of any self- improvement program so we will start there.
A negative attitude can cause stress and lower the body’s immune system. One Harvard study showed that those with the most negative attitudes at 25 suffered the most illnesses in their forties, fifties and sixties. Another study involved 69 women with breast cancer who were asked three months after their surgery how they viewed their disease and how it affected their lives. 5 years later, 75% of those who had reacted positively and with a fighting spirit were still alive compared with less than half the others. There is little doubt that attitude can have either a negative or positive impact on your health, productivity and well-being.
Exposure to nonstop negativity can disrupt learning, memory, attention and judgment according to Robert Sapolsky, professor of neurology and neurological sciences at Stanford University. Researchers have linked negative emotions to increased risk for illness, and positive emotions to health and longevity.
June J Pilcher, a psychologist at Clemson University, says the human brain is more attentive to negative events – probably because of a survival mechanism keeping us alert for life-threatening situations. According to the March/April, 2016 issue of Scientific American mind, this was demonstrated in two studies published in 2015 in the Journal of Psychosomatic Research.
A happier, healthier lifestyle is more important than ever, and along with it, an attitude that tends to stress-proof your life. It’s important to get sufficient sleep, daily exercise and social support. But it’s equally important to be aware of the good things that happen to you – those positives amid negative events.
Be more conscious of the things that go right in your life, and remember that when things look bleak, humor helps. Don’t take yourself too seriously. Laugher reduces stress hormones such as cortisol and adrenaline, aids immunity, changes mood for the better, helps you think – and improves memory. Sandra Kornblatt, in her book, A better brain at any age, also gave an account of how humor during instruction led to increased test scores.
If you don’t believe you can change something, you won’t even try. According to Dr. Theo Tsaousides, author of the book, Brain blocks, one of the most effective ways to defeat negativity is to shift your focus from the bad to the good. He says that actually thinking only about negative experiences fills your brain with negativity, and you should start by making a list at the end of each day of the things that you enjoyed or you felt good about. When you catch yourself thinking negative thoughts about someone or something, you should stop and search your memory for something positive about the same person or situation. Negativity will stop only when you stop speaking or thinking negatively.
That sounds easy; but we have to be convinced of the power of your mind to actually make changes both mentally and physiologically, and a strong indication that it will actually work. I hope to provide this in my next blog article.
Note: Some of the information included in this article was excerpted from my two ebooks, Manage your personal energy and Strengthen your brain’s executive skills, both published by Bookboon.com.