Are paper planners making a comeback? 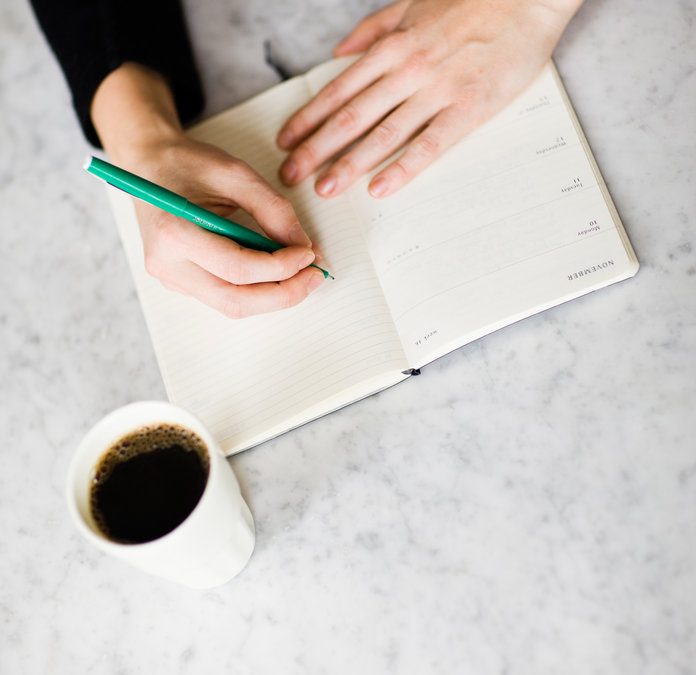 Don’t toss out your paper planner just yet. It appears that using both a smartphone and a paper planner is gaining in popularity.

Michael Grothaus, a novelist, freelance journalist, wrote an article for the April 4, 2017 issue of Fast Company titled “What happened when I ditched my smartphone for a paper planner.” Of course he didn’t really ditch his smartphone, but he used a paper planner for recording his tasks and mapping out his intentions and reminders.
He discovered that a trend was beginning to develop (among younger people no less) to revert to paper planners – probably reinforced by research that backs up what we paper planner advocates experienced over the years – that writing things down improves memory and recall of the items. It also creates order in your mind and you can recall the sequence of things you must do, and the relative importance and urgency of the items. Flipping back and forth through the pages keeps you on track and the cursive note-taking is tonic for the brain.
The writer of the above article quotes Anjali Khosla, editor of Fast Company Digital, as  saying, “I switched back to my paper-based notebook system after a year of going all-digital. “I prefer my paper system for a number of reasons. It gives me a break from staring at screens. It also causes me to stay in the moment and plan my days with intent. I feel satisfaction when I physically check an item off my list.”
Michael Grothaus did find it difficult to remember to bring his paper planner with him when he left for the office since he had built the habit of simply slipping his iPhone into his pocket. He also said he missed the audible reminder of an appointment 30 minutes in advance; bur soon noticed that by physically writing down the appointment he seldom needed a reminder.
I have written many articles indicating various advantages of a paper planner, such as the journaling aspect, the ability to review what you have accomplished in the past and the importance of being able to budget your time without overwhelming yourself with a list of “To Do”s. But every time I did so, some people interpreted it as an attack on smartphones.
Invariably I would receive comments listing all the things that smartphones can do that paper planners can’t do – such as handling email and sending text messages and taking photographs. As one person said, “My smartphone will allow me to record audio messages, and set alarms. Let’s see a paper planner do that!” To which I might reply, “I have a microwave that will boil water in 8 seconds; let’s see a smartphone do that!”
In other words, I’m not suggesting everyone should toss away their smartphone when they start using a paper planner any more than I suggest people throw away their kitchen sink when they purchase a dishwasher. They each have their uses.
I can no longer be accused of promoting paper planners simply because I sell one of my own. The Taylor Planner has gone the way of the Dodo bird. But I still maintain that for the activity of planning and scheduling, you can’t beat the paper planner.
And I will continue to use one – even though the ones currently available may not serve me as well as the one I had tailored to my own needs.