The power of music at work 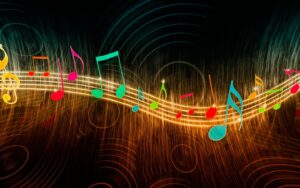 I’m not sure whether music soothes the savage beast, but I am convinced in the power of music to soothe our body mind and spirit. According to an article in the May/June, 2014 issue of Scientific American Mind, a study at our Lady of the Lake Regional Medical Center in Baton Rouge discovered that ambient music therapy had a positive effect on recovery after surgery. It improved pain management and decreased the negative effects of environmental noise. The same article reported that exercising in rhythm with music uses less energy.
A column on health by Dr. Anthony Komaroff, appearing in the March 15, 2016 issue of TelegraphJournal.com, claimed that controlled clinical trials of people having various surgeries revealed that those who listened to music before their procedures had reduced anxiety and a reduced need for sedatives. Further, those who listen to music before the procedure had reduced anxiety and a reduced need for sedatives. Those who listened to music in the operating room reported less discomfort during their procedures.
Music has been found to reduce the side effects of cancer therapy and the anxiety associated with chemotherapy. It helps relieve depression and improves the quality of life for dementia patients. Most of us have probably experienced how music can recall memories from the past, and how residents in nursing homes have been able to sing the words of songs even though they may have little recollection of anything else.
Jo Marchant, in her 2016 book, Cure: A journey into the science of mind over body, mentions someone who listened to his favorite songs because it put him into a calm, thoughtful frame of mind. She also describes an interesting case involving the role of music in the placebo effect.
There appears to be a link between music and our brain-based executive function, and Sylvain Morino, a scientist with the Rotman Research Institute, was able to produce a 14-point increase in IQ in preschoolers by exposing them to a computerized music program for 20 days.
Background music in the office can also increase creativity and improve reasoning skills. Sound itself is not necessarily a distraction. It can enhance learning and higher brain function and even improve memory performance. Background music, especially classical, has been shown to reduce stress, lower blood pressure and even help focus attention and improve concentration.
So from a holistic time management standpoint, it might be wise to experiment with different types of music to relieve stress and increase personal productivity. There are websites that can offer free background music on your computer while you work. AccuRadio is one that has over 50 genres including classical, blues, contemporary, Christian, country, and dance. You might check it out at Accuradio.com. I find that soft music, without any words to distract me, works best.
In his book, This is your brain on music, Daniel Levinson says that for most of human history, music making was as natural an activity as breathing and walking, and some of the oldest physical artifacts found in human excavation sites are musical instruments.
We also know that white noise and offices in the ambient noise of coffee shops have been used for many years as a positive environment for creative thinking and performance. Music can motivate, reduce fatigue, and make both exercise and boring jobs feel more like leisure and less like work.
Perhaps, in the business world, music’s time has come.