Schedule your projects in 90-minute chunks 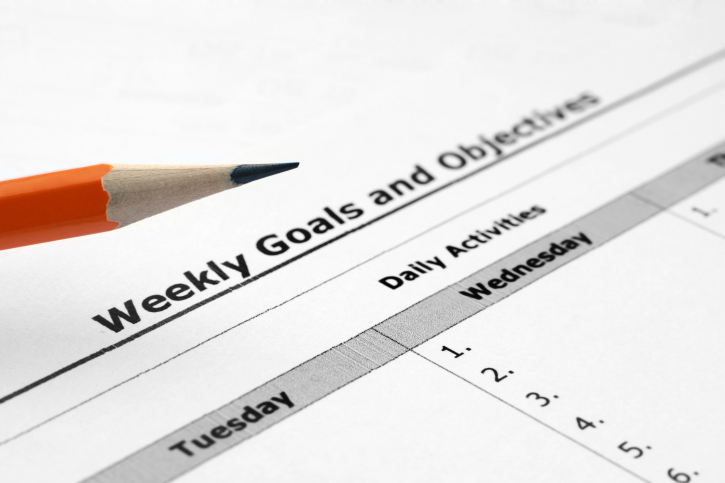 Some people try to work all day on a project, and on the surface it would seem to make sense to focus on one high-priority task at a time until it is completed.
But many things can distract you in the course of a day. Disorganization, for instance, can distract you from your goals and scheduled activities as well as waste valuable time. Declan Treacy, in his book, Clear Your Desk, says that people spend an average of 22 minutes per day looking for things on their desks. He also says that each piece of paper will distract you up to 5 times per day.
Richard Swenson, in his book, The Overload Syndrome, claims the average worker has 36 hours of work on his or her desk and spends 3 hours per week sorting piles trying to find the next project to work on. Jeffrey Mayer claims that 60% of the stuff on most people’s desk can be tossed.
If a professional such as an attorney, who charges by the hour, wastes 30 minutes per day in total, and has a billing rate of $150 per hour, the firm loses $16,500 per year in lost billings. Multiply that by 10 attorneys and that’s $165,000. This is based on working 220 days per year.
Elimination of many common timewasters requires self-discipline, and some of the time wasters, such as procrastination, may never be completely eliminated. But time management tools and techniques will help alleviate the problem of disorganization.
The technique of handling mail only once, for example, combined with a follow-up file, will eliminate much of the clutter that accumulates on desks.
Most of us have a few time-consuming tasks that could go on for days or weeks. We could be working on a new book or developing a training program or writing a series of booklets. But we also have the shorter, usually more urgent tasks that must be done as well.  Add to that the interruptions that everyone experiences and you are no longer “sticking to one task.”
Normally people have a dozen or more projects on the go at any one time – each with its own deadline.  People need to know when they are going to be completed; but they also need to know how they are progressing.  They want status reports. Clients don’t like to hear that you won’t be able to start their project for another eight weeks.
But even if you only had one large task – say to write a book on your industry – it would still be more effective to work at it in chunks for two hours or less then to work at it steadily from 9 am to 5 pm every day.
For one thing, you are justified in engaging your voice mail and ignoring your email for 90-minute stretches, but not for 8-hour stretches.  People may wait two hours for you to return their calls, but rarely eight hours.
Similarly you can close your door for up to two hours, ignore your email for two hours, or go to meeting for up to two hours. In other words, you would have fewer interruptions from others if you worked at your task a few hours at a time.
You would also have fewer self-interruptions.  Have you ever tried writing for 8 hours – even with a lunch break?  I have, and I was looking for interruptions.  Somebody would say “Can I interrupt you?” and I’d be thinking, “Yes, thank goodness, yes.  Please interrupt me.”  We go squirrelly after a while. Our minds go numb, we daydream, and we waste time as our energy is depleted.  It’s more effective to go for short sprints than to try to run marathons.
If we work at jobs in chunks, we can also schedule those chunks in our “prime time.”  Most people are more mentally alert in the mornings.  So we have more flexibility in our scheduling.
We are all different, and we all have different levels of energy and concentration.  If you are able to work three or four hours or have an even longer attention span, more power to you.  But most of us have shorter attention spans.  Go with what works for you.
You may be working at home alone and have few distractions – and if you are able to work five hours or more with little problem,   take advantage of it.
But when confronted with an “overwhelming task” such as writing a book, most of us tend to procrastinate.  Breaking the task into smaller chunks of time is a great way to overcome procrastination – even if those chunks are only separated by 15 minute breaks.  That way we are only committing ourselves to two hours at a stretch.