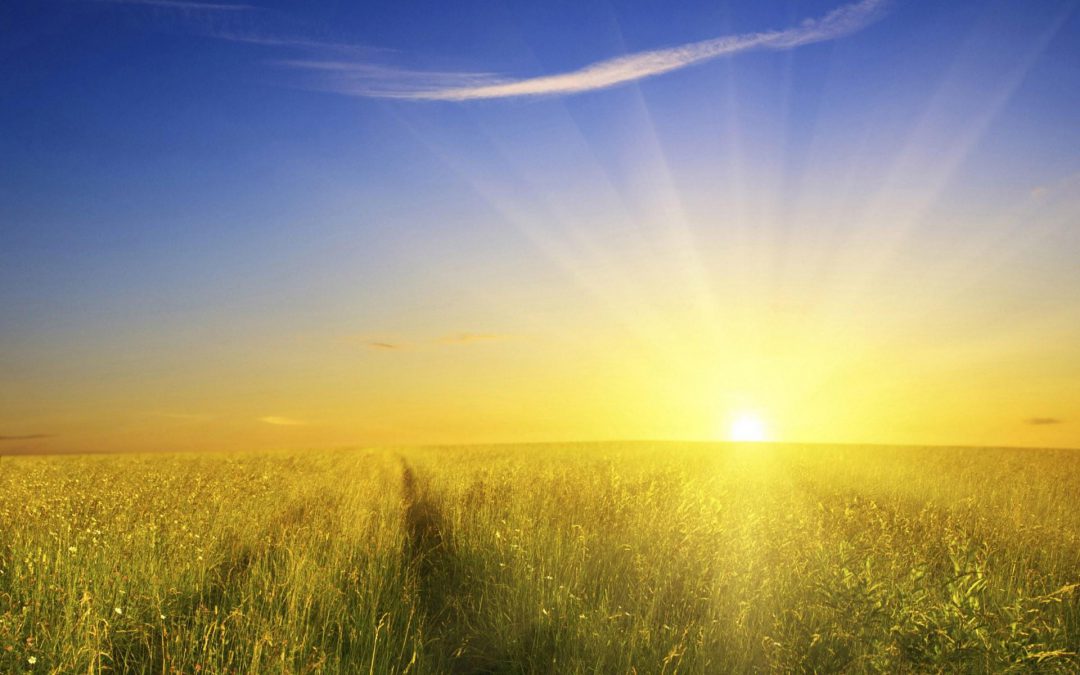 Managing your energy is as important as managing your time. The next few blog articles will be discussing personal energy management. Most of the information was excerpted from my book, Manage your personal energy, published by Bookboon.com. Consider taking advantage of the following sources.
Sunlight
Norman Doidge, in his 2015 book, The brain’s way of healing, explains how cytochrome in all our cells converts light energy from the sun (originating 93 million miles away) into energy for our cells to use. Our eyes are not just used for sight. Every morning light-sensitive cells send electrical signals on a pathway separate from the one used for sight to cells in the brain that operate our biological clock. It’s difficult to imagine that sunlight not only warms the surfaces of our body, but is actually transported to our brain – where it sets in progress a sort of “human photosynthesis” that supplies us with energy. Not until about 2005 did researchers prove scientifically what Florence Nightingale had already shown – that natural sunlight can reduce pain, accelerate healing, and even cure some depressions. It’s a “wonder drug,” when it comes to energy.
Exercise
Although you might think exercise would consume more energy than it produces, it actually helps you to sleep better, and you feel more alert and energized as a result. A study from Northwestern University, in Chicago, showed that insomniacs who did about 40 minutes of moderate cardio between 1 p.m. and 7 p.m. four times a week got an average of 75 more minutes of sleep a night.
Exercise also helps us to expel negative thoughts, and those who free their mind during exercise have more energy. According to research from California State University at Long Beach, a 10-minute walk can increase your energy for up to two hours.
Nutrition
There is little doubt that the food you eat has a significant bearing on your level of energy. Many years ago eating enough protein was suggested as a key to optimal energy. But according to a lengthy article in Prevention.com magazine, August, 2015, it’s is the good bacteria that aid in digestion and are helping you to retrieve energy from the food you eat. The author of the article, The way to a woman’s energy is through her gut, claims that the bacteria manufacture about 95% of the body’s supply of serotonin, a key hormone for boosting energy – much of which is produced in your gut, not your brain.
Water
To keep yourself energized, drink plenty of water. It will help improve your mood as well as your energy. According to research conducted at the University of East London in the UK, researchers believe that bringing water into an exam room can raise students’ marks. Studies indicated that those who drank water while writing exams out-performed those who didn’t. In one study, the scores averaged 4.8% better. One explanation is that students are in a mild state of dehydration when taking exams, and drinking water corrects this. Perhaps some of us should be drinking less coffee and more water.
Working environment
Your surroundings not only impact your energy level and personal productivity, they can also affect your health, mental attitude and general well-being. For example, studies have shown that the presence of potted plants improves productivity, creativity, performance and learning ability. And researchers have also found that plants act as vacuum cleaners, removing pollution from the air. Exposure to indoor and outdoor pollutants in both home and offices has been linked to anxiety, depression, irritability, fatigue and short and long-term cognitive decline among other afflictions.
Batching consumes less energy and increases efficiency.
Batching refers to scheduling blocks of time in your planner for tasks that are similar in nature and require similar resources. Batching consumes less energy and causes less mental fatigue since you are using the same areas of the brain and not switching back and forth from one task to another or putting demands on your energy supply by having to make frequent and unrelated decisions. It also increases productivity since you are wasting less time locating materials, interrupting yourself or deciding what to do next.
Coffee
Coffee is a “good news – bad news” energy source. Although drinking too much coffee has been associated with anxiety and stress, in moderation it seems to give energy and memory a boost. A brief article in the spring, 2014 issue of Health magazine describes a link between caffeine and memory. Michael Yassa of John Hopkins University asked 60 people to view a series of images of different objects. Then, five minutes later, after receiving either a placebo or 200 milligrams of caffeine, were tested the next day on their ability to recognize images from the day before. More people from the caffeine group recognized that an image was similar to rather than identical with one they had viewed earlier. Separate research published in the Journal of Public Health Nutrition also showed that one or two cups of tea a day can boost brain power and athletic performance. This held true for children as well.
Sweets
Consuming glucose when you are given a problem to solve will likely improve your performance. At least that’s what studies indicate. Glucose goes directly to the brain and feeds the neural circuits that are working on the mentally demanding tasks. Unfortunately doing this too often could lead to diabetes and sugar crash – not to mention your waistline. The brain burns glucose like a car burns gasoline, a little extra energy could be useful. But avoid a steady diet of sugary drinks and candy bars. Like most things, moderation is the key.
Building sound relationships
Strong friendships give both your physical and mental health a boost. The February, 2014 issue of Scientific American Mind reported on a quantitative review of numerous studies, concluding that having few friends is the mortality risk equivalent of smoking 15 cigarettes a day. People with a close friend at work are more productive and more innovative. Strong social connections are the biggest prediction of happiness in general – and happiness has been linked to do an increase in longevity.