The trend towards telecommuting 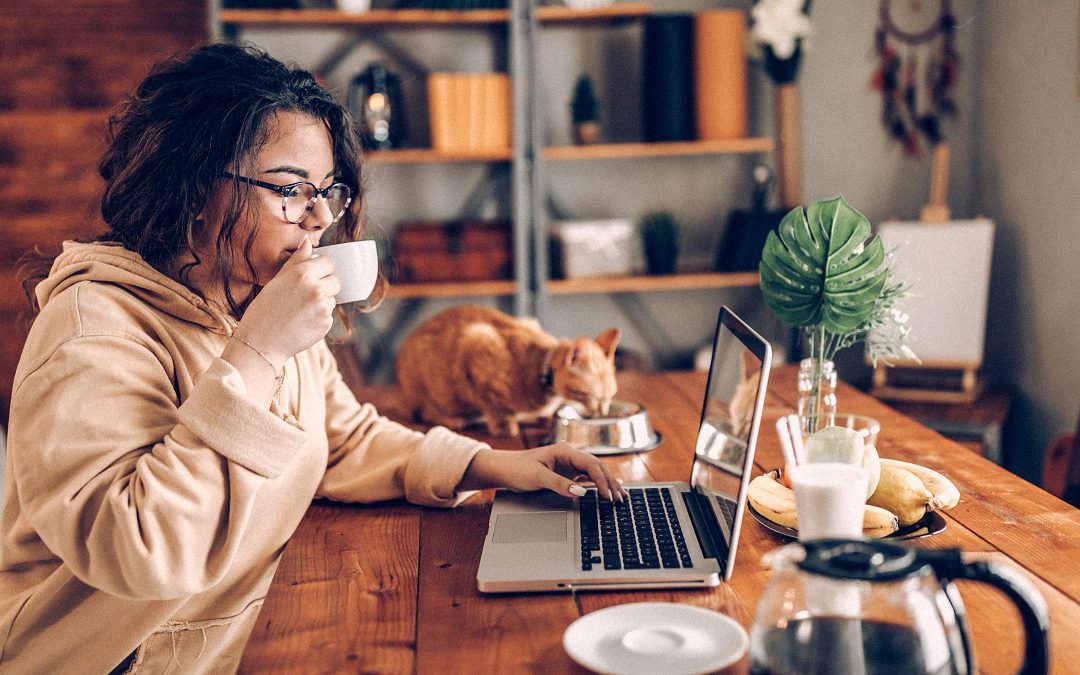 In this and the last few blog articles, I have been sharing some of the information from my recent e-book, How to set up an office in your home, published by Bookboon.com. You can access all 30 or more of my ebooks at taylorintime.com.
There has been a trend towards flexibility in both working hours and location during the last ten years or so. Studies have shown that the traditional workstations are only occupied about 50% of the time. One survey of 950 companies revealed that 60% had some unassigned workspace in their company. We have gone from individual offices to cubicles to open office concept and lately seem to be moving towards the sharing of an office or desk or a table in a corner of the company boardroom – with the majority of some people’s work being accomplished at home or on the road.
People seem to thrive in a work environment where they have clear performance objectives and are allowed more freedom to choose their own work methods, hours, and location. A January 11, 2012 Toronto Globe and Mail article cited a survey in which two out of five respondents said they would take a lower paying job if it gave them leeway with respect to mobility, choice of electronic devices, and social media access.
Technology has erased most of the disadvantages of working from home – everything from communications and social networking to promotion and selling is now possible for those working remotely.
According to one Gallup poll in the US, the number of employees occasionally working remotely increased from 39% in 2012 to 43% in 2016. According to 2018 telecommuting statistics, in 2018 there were 4.3 million remote workers, 3.2% of the workforce, working from home. And 40% more US companies offered remote work as an option than they did five years previously.
Some of the advantages reported included being a lot more productive at home, fewer interruptions, fewer distractions, more comfortable environment, minimal office politics and less stress from commuting. Paul and Sarah Edwards, in their book, Working from home, indicated that productivity rises 15% to 25% when work is done at home instead of at the office. And the Society of Human Resource Management reported on a study that found telecommuters are more productive, and less likely to take time off work – even when sick.
There is much time to be saved if commuting to an office can be eliminated. According to the Toronto Board of Trade for instance, getting to and from work in that city consumes an average of 80 minutes. I can vouch for the accompanying stress in that scenario, having lived and worked there for over 60 years. If you live and work in Sussex, New Brunswick, it is more like 8 minutes, with no stress unless you happen to encounter a train crossing Main Street. However, many residents must commute as far as Moncton, Saint John or beyond to perform their jobs at various companies. So those people would save a lot of time and money by not having to commute.
Mobile applications and conference calls, email etc. now make it easier to work at home and on the road. It is important to be able to share personal energy, creativity, and brainstorming with others; but it need not be done daily. And with contact through social media, face time, and video conferencing such as Zoom, there is not as much loss in that area of communications.
A Careerbuilders.ca survey showed that nearly one third of all remote workers spend one hour or less getting the job done each day when working from home. Whether you are more productive working from your home depends on your individual situation. If you ask the telecommuters, 37% say they are more productive at the office, 26% say they are more productive at home, and 37% do not see any difference.
The key to productivity in a home office is the individual’s ability to focus, which in turn is mostly determined by the working environment and the self-discipline of the individual.