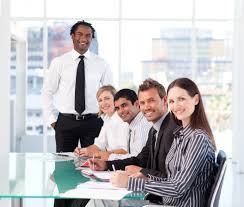 Delegation is the greatest timesaver available to managers

A school superintendent in Arkansas was accustomed to having the morning newspaper on his desk each morning when he arrived at 7:30.  A lady custodian who had the boring, routine job of keeping a few offices clean and tidy would place it there.  She was a good worker, bright, loyal and until then, unnoticed.  The superintendent asked her if she would like to glance through the paper before putting it on his desk, highlighting any news relating to education.  She accepted eagerly. Her job became more meaningful, and the superintendent saved time by not having to read the entire paper to identify news relevant to his administrative position.  The superintendent also remarked that she does a better job than he did.
Delegation ranges from minor assignments such as the one above, to major decision-making that impacts the success of a program or the reputation of an organization.  It is the process of sharing your job with others and holding those individ­uals responsible for the successful completion of the tasks assigned.
You cannot hold anyone responsible for carrying out an assignment without also delegating the amount of authority needed to carry out the responsibility assigned.  You cannot hold a person responsible for improving the appearance of a newsletter, for instance, without the auth­ority to choose the types, colors, images and layout.  Nor can you assign the responsibility of organ­izing a staff luncheon without the authority to choose the location, menu and seating plan.
The more authority a staff member is given, the less invol­vement is required on the part of the manager, and the greater the burden that is lifted from his/her shoulders.  But the more authority a staff member has, the greater the impact that person has on the success of the company.  Managers must have confidence in the staff in order to risk delegating.
And it is a risk, since the manager must shoulder the blame for a job poorly done even though it may be someone else’s error.  The ultimate responsibility still rests with the manager.
Yet delegation is the greatest time saver available to managers at all levels.  It frees time for more important tasks, allows you to plan more effectively and helps relieve the pressure of too many jobs, too many deadlines and too little time.
Delega­tion actually extends results from what you can do personally to what you can control.  It is also the most effective way of developing staff members.  When you are delegating, you are working smarter, not harder.
We have many reasons for not delegating.  We don’t have time to train others.  They can’t do it as well or as quickly as we can.  We’re afraid they might make mistakes.  But in many cases these reasons are simply excuses.  Sure it will take time to train them.  However, every hour invested now will bring you hundreds of free hours in the future.  It’s unlikely our staff members can do as good a job as we can.  But how about when we started?  We weren’t always as good at our jobs as we are now.  Be willing to accept less at first.  As they become more experienced, their performance will improve.  They’ll make mistakes.  Everyone makes mistakes.  But that’s the price we have to pay in order to free up our time, develop our staff members, and expand our effectiveness.
What jobs should we delegate?  A good starting place is to list all the jobs we do on a recurring basis, no matter how small. They all take time. Then look for those jobs that take the biggest chunks of time.  If they require only a little training, that’s great.  But if you must train, schedule time to do it.  Perhaps a half hour each day or two hours each week would suffice.  Set the time aside and stick to a regular schedule.  Time you spend now will pay big dividends later.
Also, look at those jobs that don’t take much time, but are repeated frequently.  They usually require little training, and all those ten-minute increments add up in the course of a month or a year. You won’t want to delegate critical jobs that could endanger your position; nor jobs that involve confidential informa­tion.  But there are probably many jobs that someone else could do for you.
One of the responsibilities of a manager is to get things done through other people.  A manager plans, organizes, staffs, directs, controls, and innovates.  But a manager does not get bogged down with jobs that someone else can do.